For the re-edition of the 1932 collection, the first and only jewelry collection Gabrielle Chanel ever designed, the house of Chanel has decided to pay tribute to their icon and made 38 unique jewelry pieces presented at the Saatchi Gallery in London until November 1st.

Gabrielle Chanel a visionnary icon. She appears where you least expect her to be !

1932 soon after the financial crash of Wall Street in 1929 Gabrielle -nicknamed Coco Chanel decided to design a diamond only jewelry collection – commissioned by the Parisian Diamond dealer association. Precisely at the time where fine and high jewelry were replaced by costume jewelry in the vitrines, Chanel presented her collection in an exhibition attracting « the whole Paris ». A surprise to all of those who did not know Gabrielle. Her only wish was to help French craftmanships from the diamond industry by triggering back the taste for real and precious stones. It is to be said that she got inspired by the Parisian celestial sky during a summer night … Unfortunately facing pressure from the rest of the industry, the big names of the high jewelry world forced her into unsetting her pieces giving back all of the diamonds to the diamond dealers. Her 1932 one and only collection disappeared as fast as it got created. Only a few press clippings from that period, mainly in the U.S. remained …

No earlier than 1993 marked the beginning of the Chanel Joaillerie lines and department. Only a few years back, the legendary Karl Lagarfeld and Benjamin Comar – head of Chanel Jewelry department including three members of his team- came accross a series of archives press releases, images and newspapers back from the days Chanel made some noise. With a common wish to bring that story back to life, the team brainstormed behind close doors as they were looking for an idea if not THE idea to pay tribute to the ancestor and icon Gabrielle Chanel.

2015 marked the year where the house of Chanel decided re-edit the iconic 1932 jewelry collection “Bijoux de Diamants” to recall the genius creativity of its creator, and made the Chanel style and her icons a timeless, avant-garde, contemporary yet immortal style. 38 unique high jewelry pieces where created and re-imagined by Lagarfeld who even got inspired to design a Haute-Couture collection he presented at the Grand Palais in Paris this past summer.

The Chanel 1932 collection can be seen at the London Saatchi Gallery until November 1st of 2015 before touring the world in roughly 6 or 7 countries where 27 of the 38 original pieces can be admired. 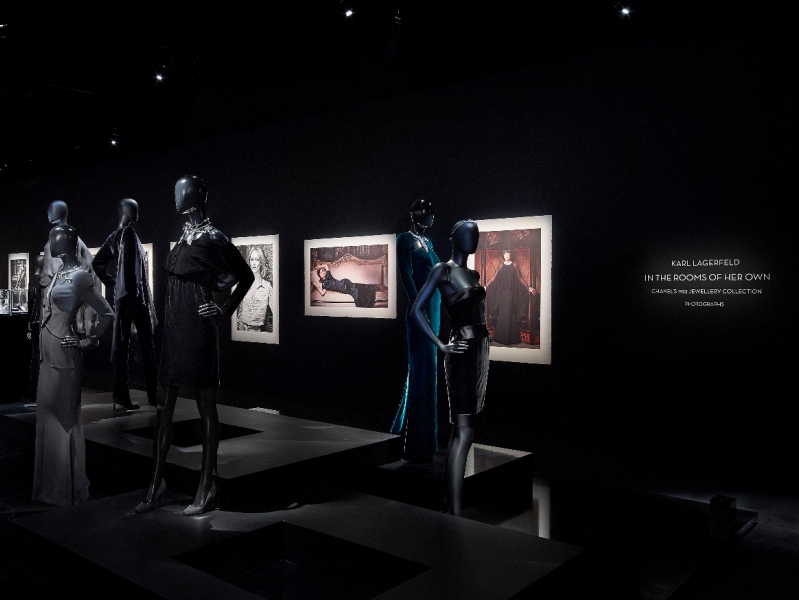 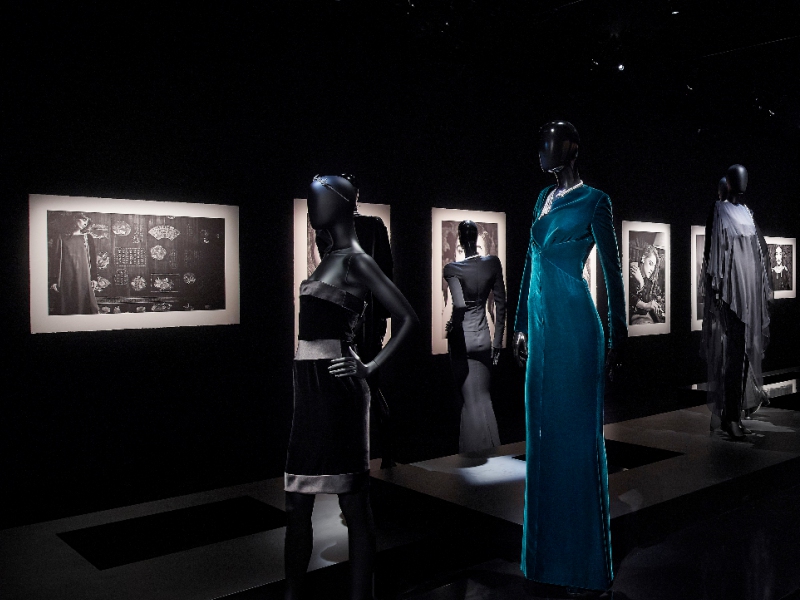 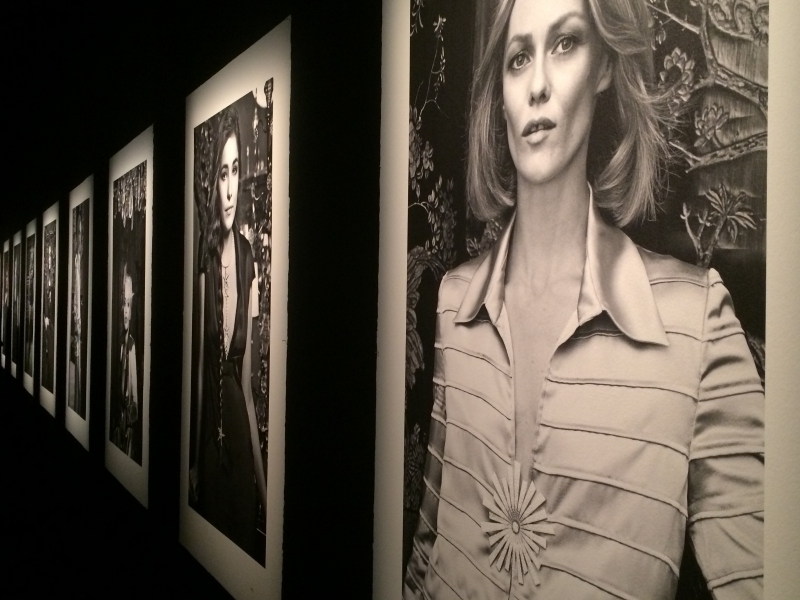 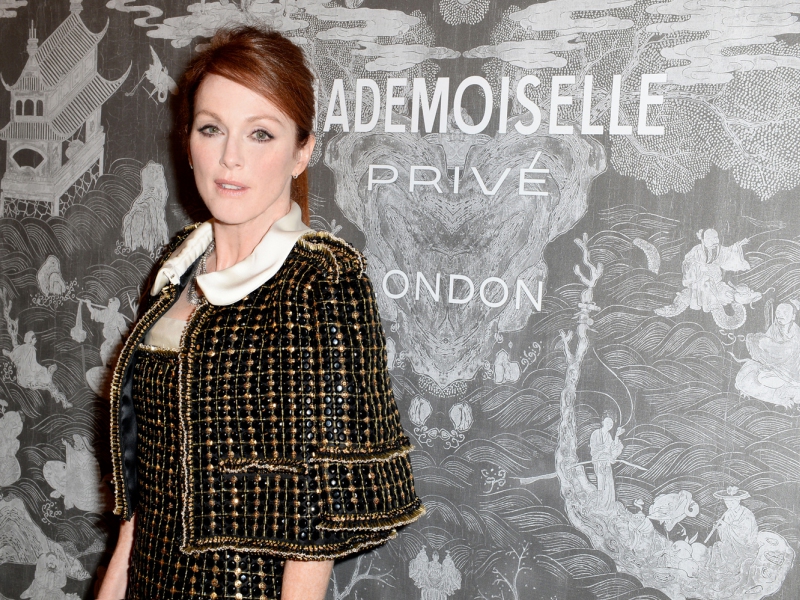 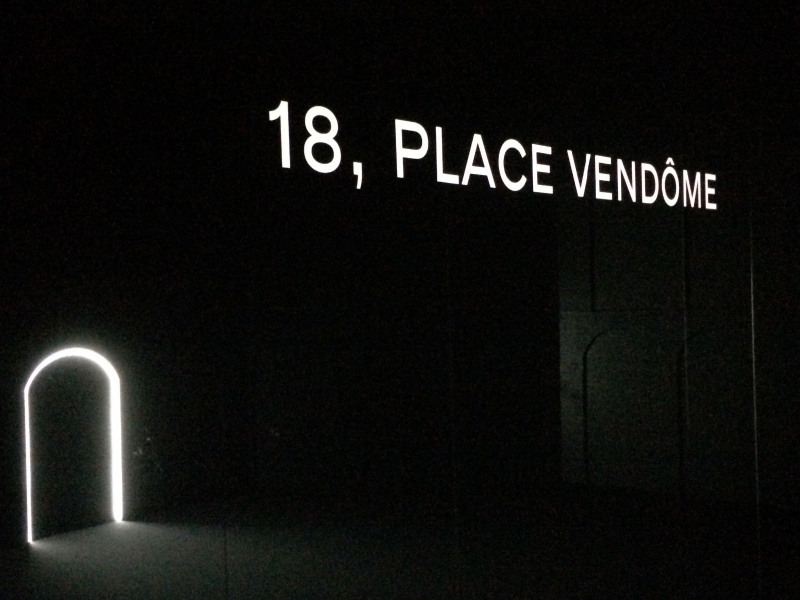 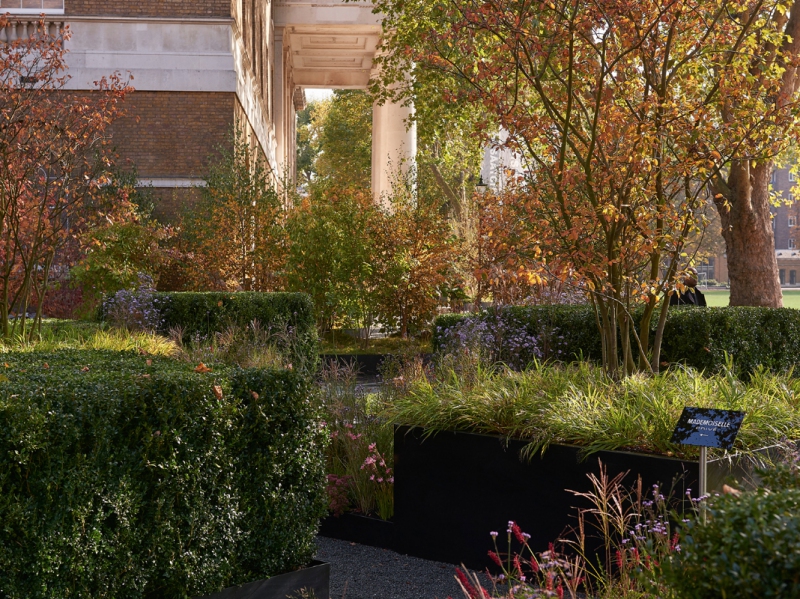 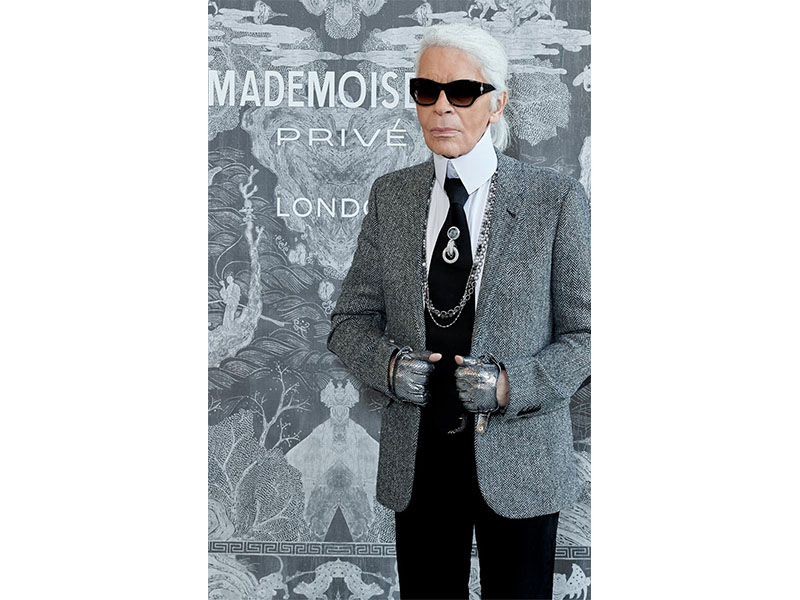 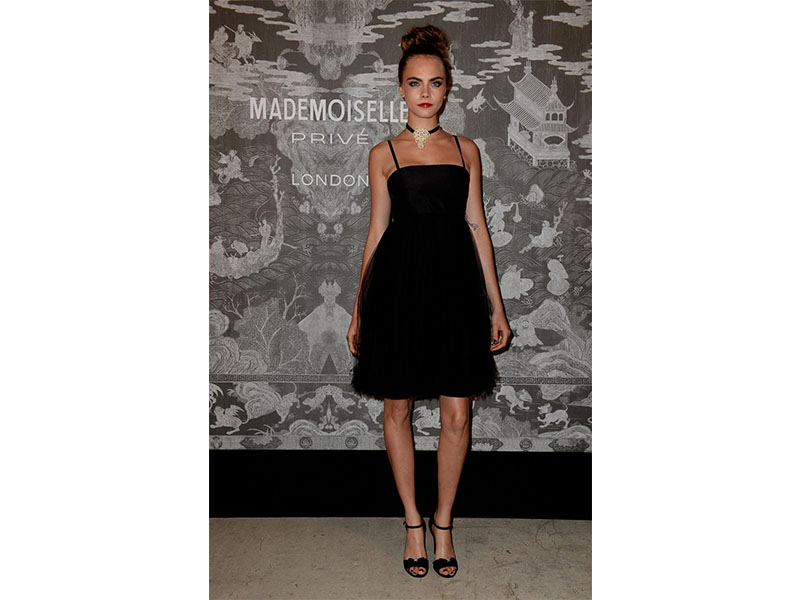 Entering the Sloane’s Square Saatchi Gallery directly plunges you to the world Chanel. Walking on the outside ground stones, a path designed around trees and bushes with singing birds lead the way to Mademoiselle Privé. The ground floor of the exhibition is dedicated to the world of Chanel’s prêt-à porter and couture atmosphere. Eight kilometers of black and white materials are set like long drapes of curtains where each and every one can be touched and felt in between walls of projected videos showing how to dress Coco-Style.

Not to mention the hat or the tweed rooms ; a jar filled with the iconic chain where pounds and meters of chain links and leather fall from from it .. the same ones that are used for the handbags every it-girl dreams about.

It is on the second floor that the 1932 collection can be shown in a black velvet room from floor to ceiling. Nothing is left behind, the diamond paved cigarette pouch to the coral and diamonds cigarette holder (coral was chosen on purpose for its color to make sure the red lipstick would not stain and show as on a regular cigarette holder).

All the pieces are set on platinum with diamonds – like the original collection, but only one brooch made of different shades of yellow to white diamonds brings color to the collection. The

Towards the end of the room, a 6 minutes movie has been made for the occasion where late-Gabrielle Chanel (interpreted by the American actress Geraldine Chaplin) wakes up in her own appartment, walks to her studio and finds Karl Lagarfeld working at her desk in her atelier. She gets into a fight with him and goes on an absurd conversation between the two very funny not to say the least.

« I managed to keep you alive, » Lagarfeld explains. « I make 8 collections a year. »

« I used to make two but could have easily made more… » she cuts him off.

A comic ending to exemplify with perfection the audacity and tenacity of Gabrielle Chanel.