With her Parisian based label : Little Ones Amélie Brunswick revisits the traditional birth gift with precious gold and diamond amulets. A timeless gift to always have your loved ones close to you.

In a previous career, Amelie Brunswick was a former jewelry consultant who became interested in the subject of ethical and ecological methods in the jewelry industry overtime. She decided to fully embrace this universe by choosing to study gemmology. It was only after she had graduated that Amélie Brunswick took the plunge into design when her daughter was born. The young mother wanted to mark this happy event with a special sign, but the jewelry offer that existed on the market did not convince her. It must be said that in this area, the choice is often limited. “I really wanted a piece of jewelly that would represent maternal love, limitless and eternal love of a mother for her child, and 9 months later, Little Ones was born”, explains the designer. 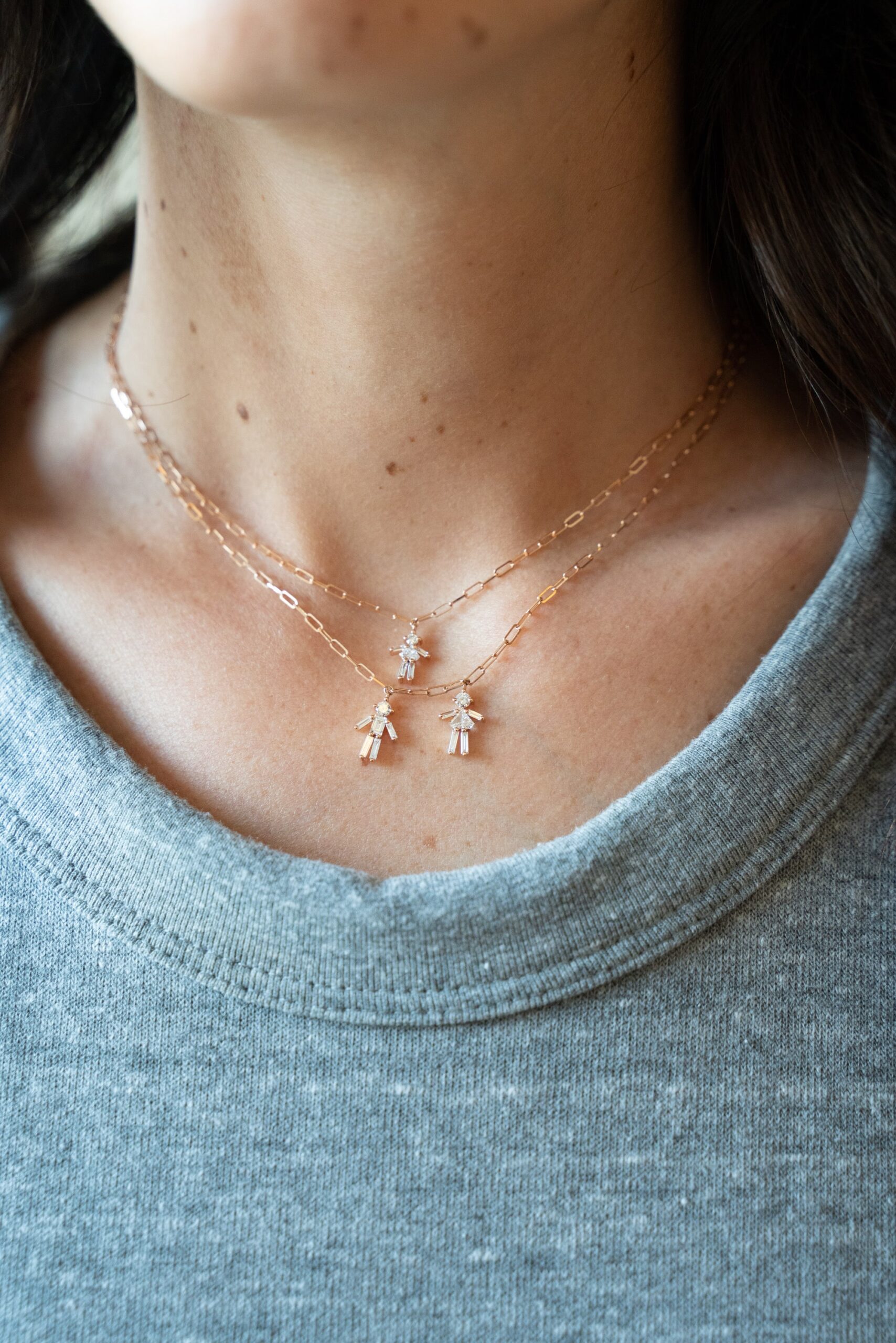 When asked about her inspirations, Amélie first mentions the world of diamonds, which has always fascinated her. So when she came to launch her brand, her favourite stone was an obvious choice. In order to do things slightly differently from others, Amélie  stood out in opting for a baguette cut signature, which she particularly likes. “The baguette is a cut whose beauty and preciousness is notable, whatever its caratage, and whose setting is a technical feat”. True to her values, the designer wanted to position Littles Ones on a demanding basis in terms of traceability. The stones are selected in France, following the Kimberley process, and the production is carried out in Portugal, in a workshop recognised for its know-how and ethical commitments.

Her bestseller? The first model she designed for the brand: an emblematic necklace that remains a favorite amongst mothers. Set in 18K gold and set with 6 baguette diamonds, this necklace is a piece of jewelry you can never get rid of, allowing you to “wear your children around your neck” with refinement. A wink we can’t resist. 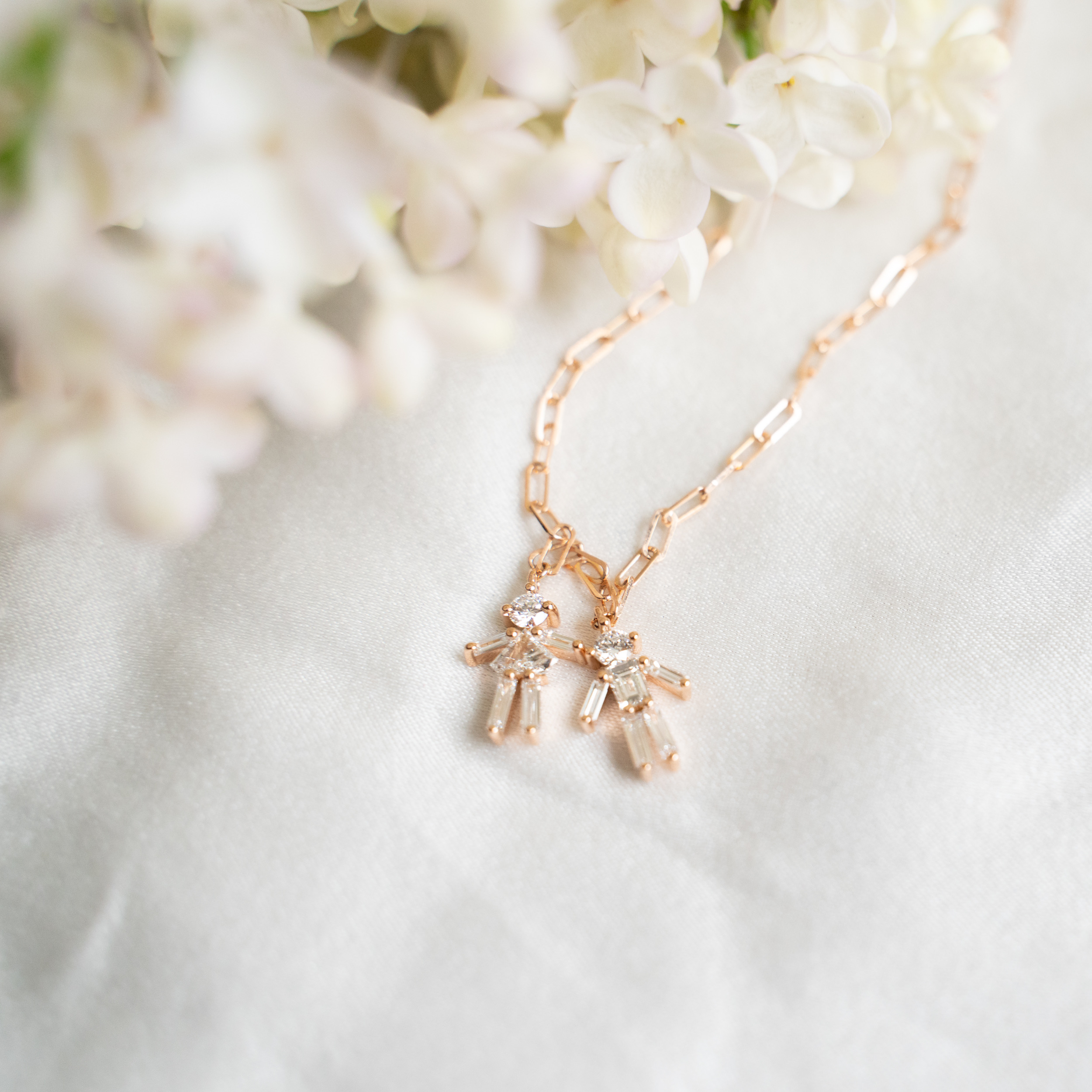 While Amélie admits that building a brand on a monoproduct was a challenge at the time of the launch, the ‘Little Ones’ design, combined with the timeless nature of the diamond, has helped to establish the brand in the long term. A signature jewel she was able to bring some evolutions to always according to her inspirations. Thus, she recently released  the Magnetic collection combining amulets with a rectangular chain, which gives the jewel a rocky look and is attractive for both mothers and their teenagers. Another must-have !

The 11 finest high fashion jewelry to create the perfect illusion!

To our greatest delight (and the one of our banker at the same time), more brands are brushing the fine line between high fashion and jewelry. So which pieces to wear to make an illusion? The Eye of Jewelry reveals…