Known for happy fews and VIPs, Saint-Tropez has become another trendy spot for celebrities to raise money. And it works. Leonardo Dicaprio and his foundation raised $40 millions in a charity auction dinner in the Riviera village on July 22nd.

With Chopard and Giorgio Armani as co-sponsors, the LDF (Leonardo Dicaprio Foundation) Global Fundraising Chairman Milutin Gatsby hosted their second annual gala in St Tropez on July 22nd raising over $40 millions to save the planet.

Since 1998, the Leonardo DiCaprio Foundation (LDF) has been on a mission to protect the Earth’s last wild places, to implement solutions that restore balance to threatened ecosystems, in order to ensure long-term health and well-being of the surroundings.

Actor, activist and chairman of the foundation Leonardo Dicaprio explained that the event was about supporting LDFs efforts to protect key species like tigers, rhinos, sharks, and mountain gorillas by working with governments to conserve the jungles, coral reefs and forests they call home. By focusing on protecting these critically-endangered iconic species.

For the auction that took place in the Domaine of Bertaud-Belieu, in Gassin – a few minutes away from the legendary Riviera village, Dicaprio gave from his personnal collection  a Rolex Daytona Cosmograph watch, an Andy Warhol and Bansky paintings which raised close to $2 Millions in addition to his villa in Belize that raised over $10 Millions.

Attendees such as Naomi Campbell adorned with a Bulgari High Jewelry Serpenti set or Marion Cotillard wearing Chopard diamond on her single left ear were part of the 500+ guests and Dicaprio’s close VIP friends including Orlando Bloom, Kate Hudson or Elton John who gave a private concert for the event.

As sparkly and celebrity oriented the evening was, actor and Oscar awarded, Leonardo Dicaprio  who recently became the United Nations Messenger of Peace for Climate Change was able to raise an extraodinary amount from his friends allowing some hope  for the future of our Earth. 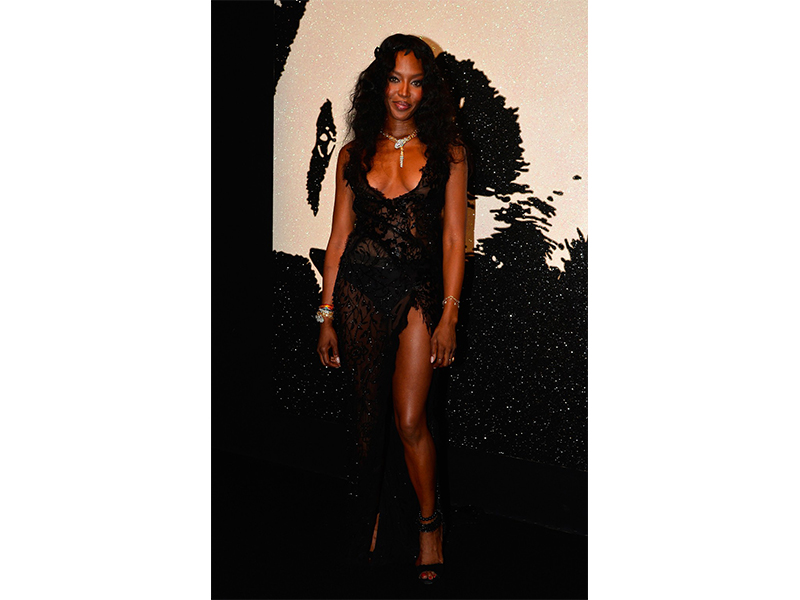