Retaining its position as the preeminent purveyor of pearl jewelry, Mikimoto has once again relied on the creativity and imagination of its designers and artisans and launched Enchanted.

During Baselworld 2015, the jeweller introduced a new collection named “Enchanted.” Along with pearls, the Enchanted collection includes an array of other gems displaying rich hues and new shapes taking inspiration from nature while embuing it with almost supernatural qualities.

This more-than-beautiful new line manages to pull together Mikimoto’s innate timelessness, its uncompromising eye for gemstone beauty, and its ability to form new motifs. The result is a jewelry collection that feels and looks refreshing with a touch of whimsy. Of course, the collection features pearls, one of the finest and purest gems found on the planet for what Mikimoto has long been know for.

The Enchanted collection includes pieces that invoke pastoral motifs with vines, tendrils, and flowers forming a background of charming references up to the most beautiful and playful creatures found on Earth like the dragonfly.

Many one-of-a-kind necklaces seem to hold forth an enchanted aura, the precious gemstones contributing a feeling of romance along with the humor of a playfully stolen kiss.

The drama of nature has also inspired the creation of necklaces…
The metals and gems combine with inspirations from the natural world. 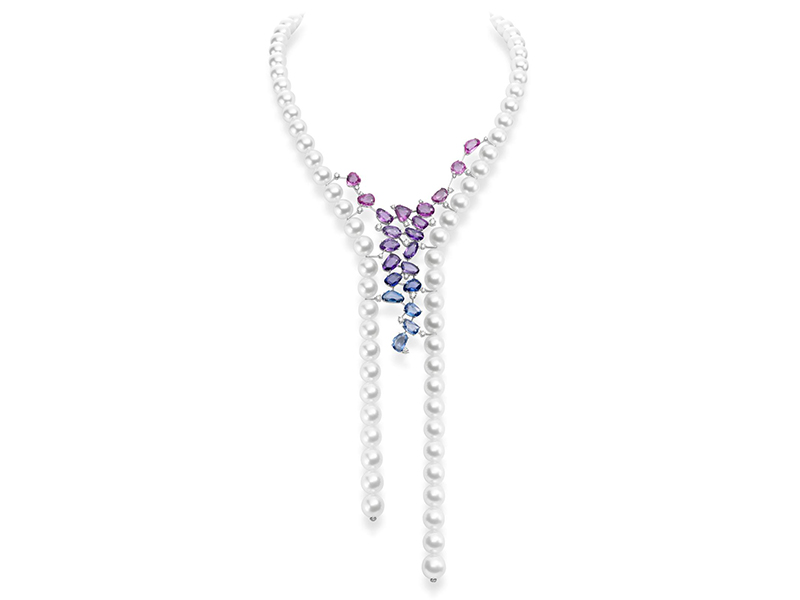 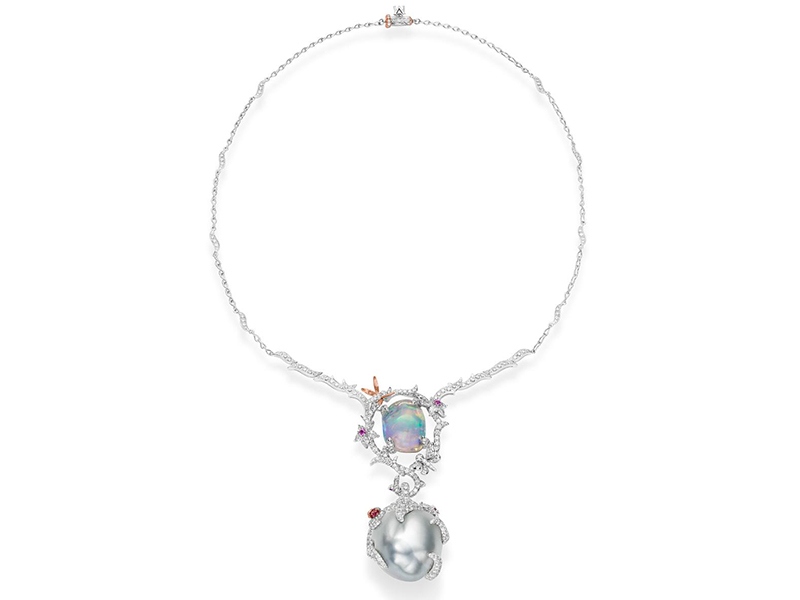 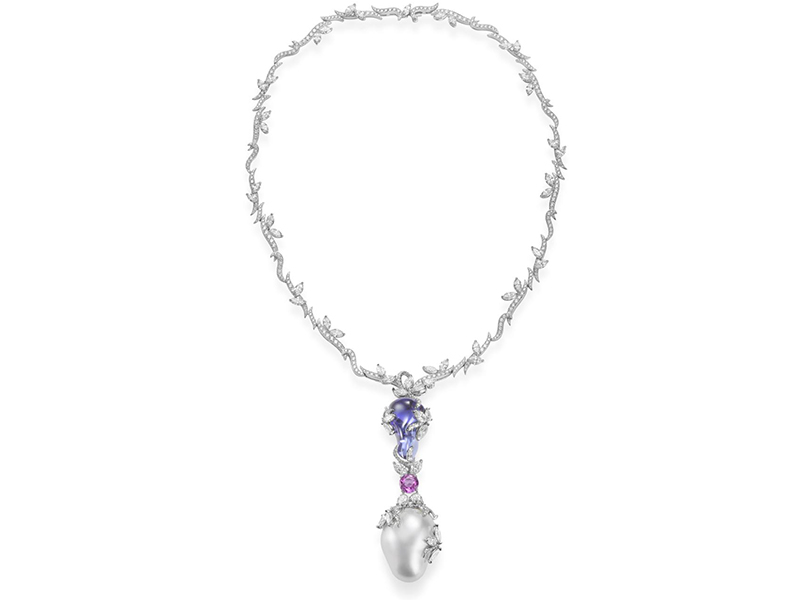 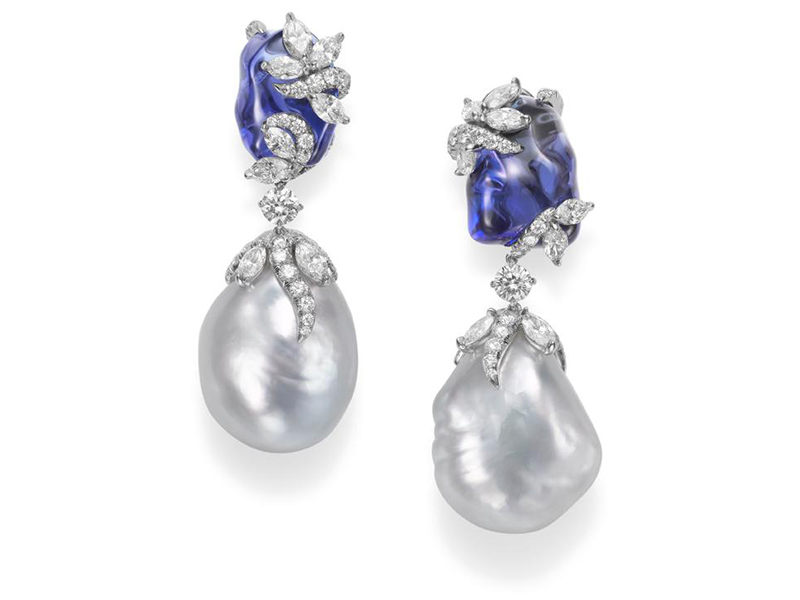 The spirits of nature, like those found in air and water, seem to come together in the jewelry so that it offers the qualities of fluidity and movement.

Among the collection are some pieces that are reformulations of traditional designs. For instance, the opera-length Akoya and South Sea cultured pearl strands show off flashing turquoise rondelles placed in such a way to create a radiance only a master artisan could conjure.

Named after the very definition of the word, The Legend necklace tells in a new way an old story of mystery and wonder . The necklace features a water opal, once known for their magical powers surrounded by a bejwelled butterly, dragonfly and ladybird set with pink sapphires, rubies, and diamonds.

The Naturale ring in the Enchanted collection must be mentioned. It features a striking Melo pearl, a variety known for their brilliant surfaces. A bit of asymmetrical whimsy plays out on the ring with yellow diamonds forming a leaf motif that surrounds and enhances the exuberantly-hued pearl.

Are you passionate about jewelry, watches and fashion? You are at the right place! Every month, I’ll meet you here to share the top 5 Instagram accounts to follow in 2022!

Gentlemen, here are some insights on how to pick an original engagement ring!

Prepare your ultra romantic proposal and we’ll take care of the rest! The Eye Of Jewelry has selected for you 20 designs that will encourage your future wife to say… YES !

6 things to know about lab-grown diamonds

Prized by the new generation who wish to make the purchase of a piece of jewelry an act of commitment, lab-grown diamonds are becoming increasingly popular. To learn more about it, we went to meet Courbet, a pioneer in the…