2015 marks the 40th anniversary of the young lady of the Place Vendome. Yet, Poiray not so young after all has surprised the jewelry world when they first launched their brand and first collection in 1975. Ten years later came Ma Première a revolutionary timepiece that preceeded the arrival of the Preference, the interchangeable ring. Full of suprises, Poiray keeps on surprising… does the Flower Poiray ring a bell?

Launched in 1975 at the creation of the brand, the Tresse collection has become the DNA of Poiray if not the most feminine and sensual line of the house where Paul Poiret took inspiration in the volumes of the oriental turbans. His wish was to intermingle couture style and jewelry design that are transcending in over 60 different models. Worn on the wrist, subtle on the ears, must-have on the finger, the Tresse models are timeless and forever re-visited. And to celebrate the 40th anniversary of the brand, Poiray launched the crossed bangle mixing two types of gold – white and yellow- set or not with diamonds. In addition, the diamond paved studs grow the Tresse collection to adorn the ear in the most classical yet chic manner.

If Poiray became famous for many reasons including the launch of Tresse or the Cœur Filé and the fact that the brand was the youngest jeweler of the Place Vendome, Poiray managed to succeed and impose its style over the years.

1985 marked a revolution. A revolution for the brand and the mind as Poiray launched Ma Première, their first watch with interchangeable bracelets. The timepiece has become a classic, iconic, with a geometric case, rounded edges and the distinctive Poiray lines that can be found on the top of the squared bezel. Availble in steel or gold, with a silver or black mother of pearl dial, diamond indexes or not… the combinations are almost infinite. 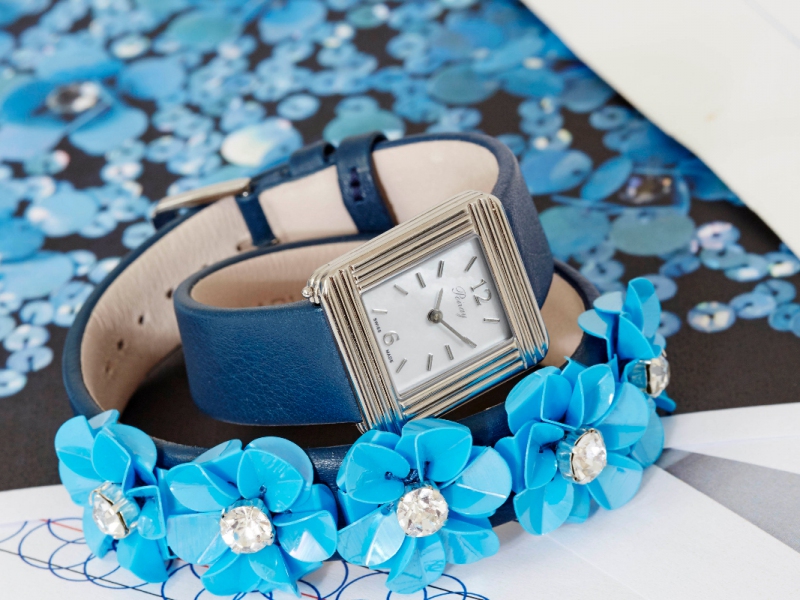 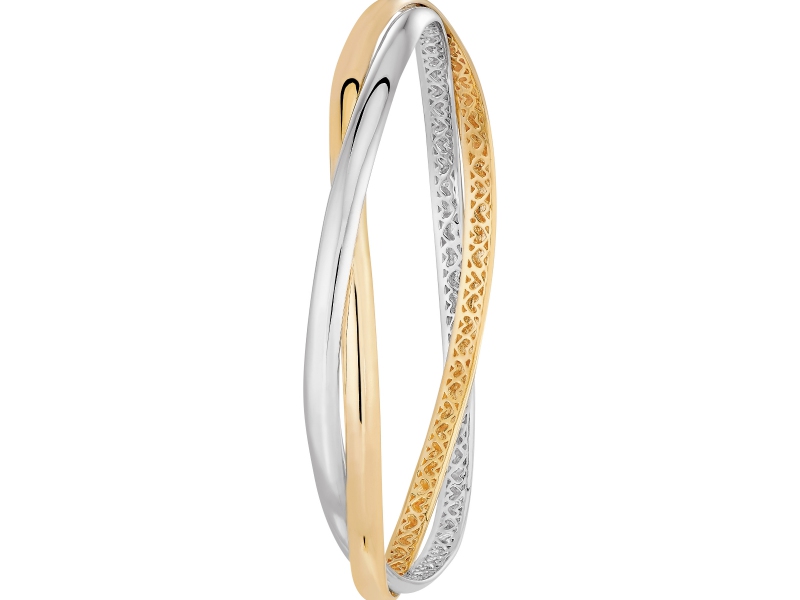 In the mind, Poiray stayed the same since its creation. A polite way to say that the brand is old and old-fashioned. But the mind is wrong. Poiray changed its executive board several times – as explained in an earlier article about the new team in place- and thanks to that, the brand is taking a new turn emphasizing on its heritage, yet, adapting to our society, our trends, our tastes and that includes modernism.

This year, the launch of the Preference interchangeable rings drew a direct parralel to the launch of Ma Premiere back in 1985. At the time, being able to change the bracelet of your watch according to your mood, your outfit or nailpolish in just a clic was a revolution. Today, changing the stone of your ring based on the same criterias rises up the level of customisation in a more luxurious approach that is more exclusive. We are not “just” talking about a leather, an ostrich or a calf bracelet anymore, we are talking about clippable precious stones. After three years of development and 16 patents, the Preference ring is composed of three detached parts where the band, the circular halo and the central stone are interchangeable. Available exclusively at Poiray and that can done in such a simple and easy way that it would be a mistake not to try if not try it on.

From revolutions to evolutions, Poiray does it all.

Aiming to stay as close as possible to the fashion world without ever becoming a fashion brand, Poiray decided a few years back they decided to collaborate first with Swedish designer Hanna Wallmark, then Brazilian Hipanema and last in line the French fashion brand Carven.

What seems to be two bracelets next to one-another is in fact the Carven interchangeable bracelet for the Première that has been designed in a couture-way. Interwined around the wrist, five electric blue, ivory or black flowers with crystal pistil have been sawn directly on the leather bracelet. A fun touch of fashion breaking the so-traditional but so-adored lines of Ma Premiere.

If flowers weren’t already enough, the Flower Poiray embodies the most beautiful piece yet, high-jewelry piece Poiray has ever made. The articulated daisy has 12 petals paved with diamonds or colored sapphires and has one central stone ranging from 1 to 1.80 carats representing the pistil (either a diamond or a sapphire). The subtle mechanism of the moving petals makes the Flower Poiray a playful and confortable high-jewelry piece to wear all-year long! A piece that was originally developed with the idea to reproduce the sensual and poetic image of the blooming flower.