Laura Medine was a diamond person until her husband talked her into Alexandrite stones. She grew up in the jewelry industry and ended-up marrying a jewelry designer before becoming one herself. The Eye of Jewelry interviewed her in her New York showroom…

Skinny jeans, a chic white blouse totally in the style of what Maude Heline could have easily designed, Chanel colorful slippers (probably a limited edition) Laura Medine is tall, thin and embodies the chic à la française, yet she was born in Iran and grew up in Italy before settling down in the United States.

Her father, a reputable stone merchant who moved from the mining business to the trade business wanted his four daughters to have a Jewish life. Therefore Laura moved to Israel at the age of 5 for seven years prior to the Revolution. The Medine family then moved to Milan in Italy… it was a way for Laura to observe women’s styles, « a melting pot of different tastes, » as she would say.

Off-shoot, Laura Medine did not take part in the business right a way. Thanks to the age difference between her and her older sisters, she was able to observe them dressing up and finishing up their outfits with pieces of jewelry before going out. It triggered some fascination around jewels even if she always interacted around them. Her father never wanted to create a proper brand, but would always have bespoke pieces made for his family exclusively.

Not only Laura Medine grew up in the jewelry world, but also she married a jewelry designer famous for his use of Alexandrites : Marc Henry and she finally launched her eponymous brand in New York in 2012. And that could only happen after her four children were not anymore in need of her complete attention !

What is Laura Medine about?
A timeless fashion brand that goes beyond fine jewelry which is classy and fashionable.

What is the fascination behind alexandrite that we find in most of your jewelry pieces?
My husband has been in the business for over 15 years and has worked with all kind of stones. When he discovered Alexandrite, it triggered some fascination and devotion on how the stone could change color. Ever since, he decided to focus his jewelry collection around that stone. I used to be a diamond person but now I find them boring. Learning a lot from my husband, I started using and understanding the power and beauty of Alexandrite.

Where do you find Alexandrites?
There is one mine in Brazil to source them and my husband goes directly at the source to get them. There is not enough supply, therefore the Alexandrite is a rare gemstone that will remain exclusive. Alexandrites are unique and rare which makes them as valuable as diamonds… 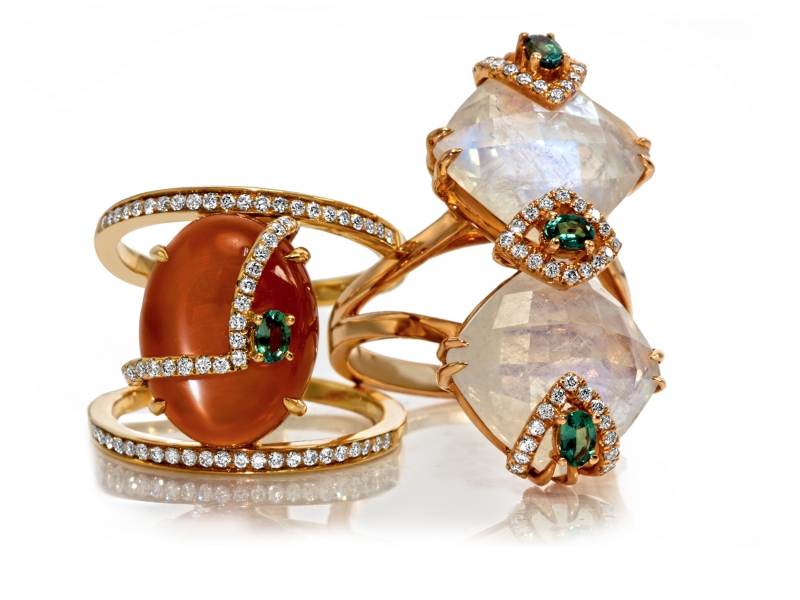 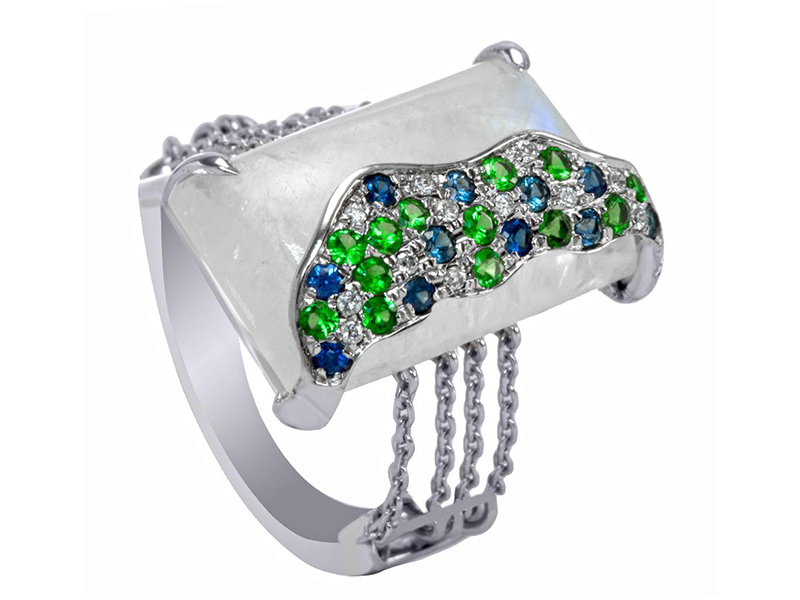 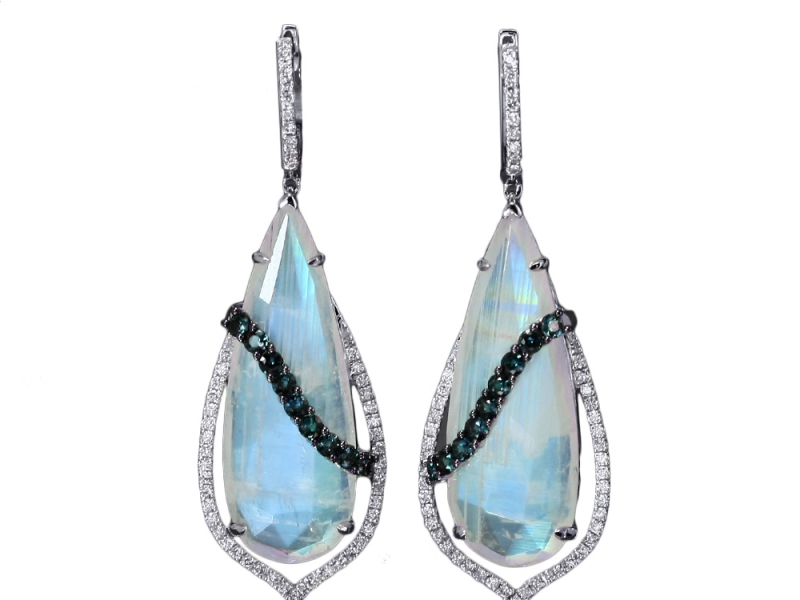 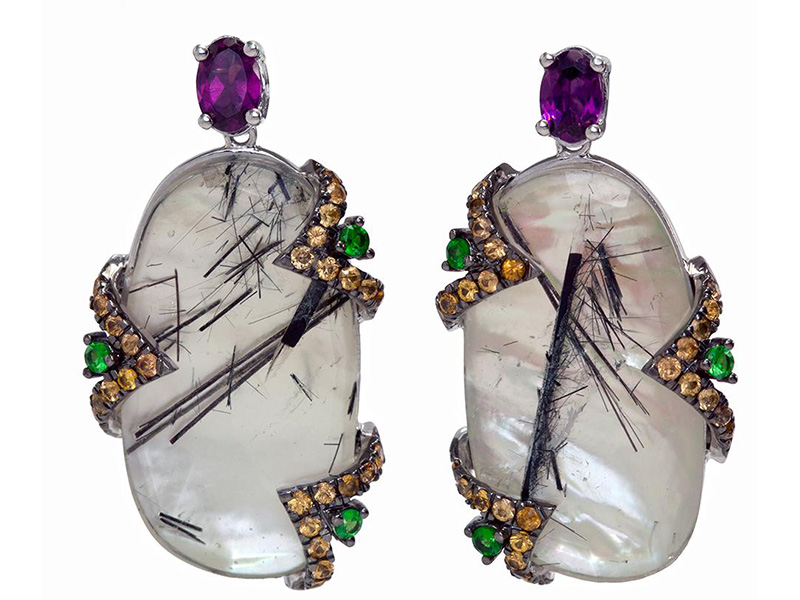 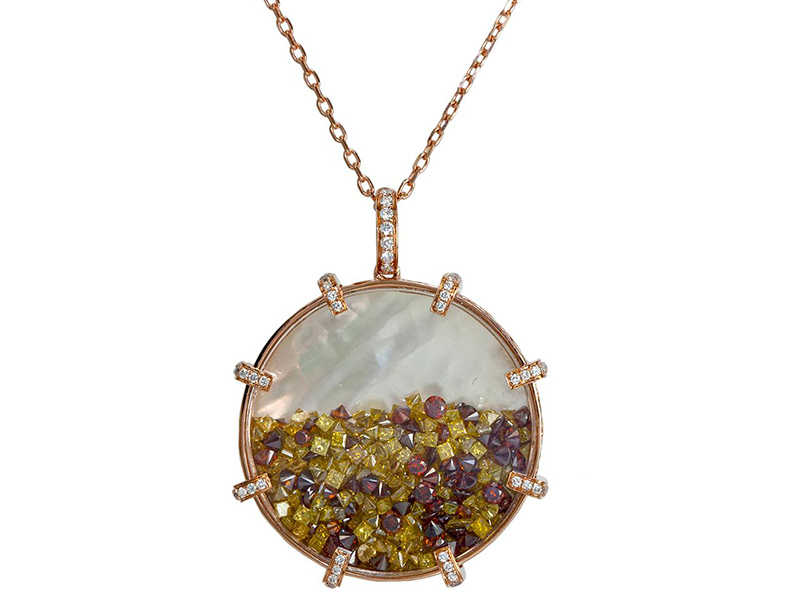 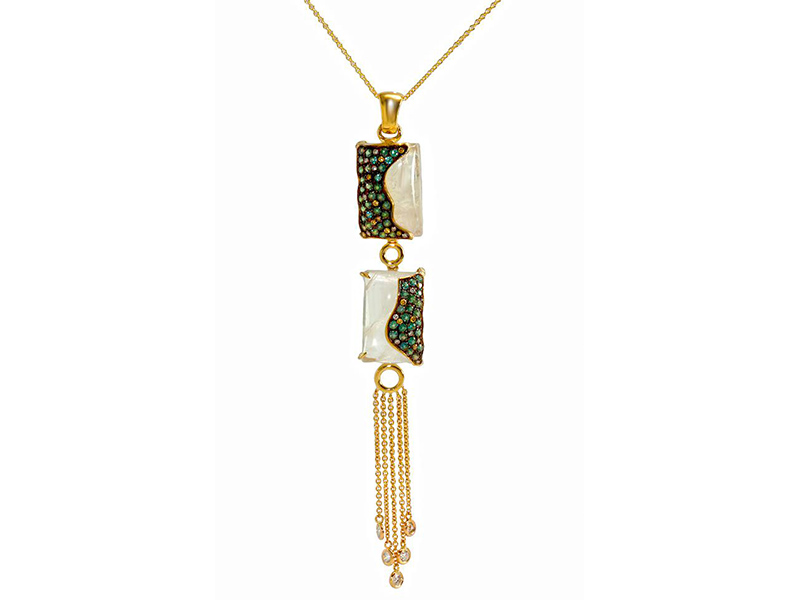 What is the story behind that stone?
There is an anecdote around Alexandrites. Back in the 1830s a bright green Alexandrite was found, it was so beautiful that it got immediately presented to the Tsar Alexander of Russia. When the stone got to the tsar, it had turned ruby red. A surprise for all ! What they thought was an emerald became a ruby in a split second… they realized it was neither or, but the discovery of a new stone. Hereafter, that magic stone got named after the tsar Alexander …

What do you think about the fine jewelry
Every woman and every new jewelry designer that I discover are talented women. If they have the feel and the connexion to create jewelry then we are on the same page … it’s just that we have a different DNA. There is a lot of competition out there, but I do believe that the market cleans itself out naturally. There is a place for everyone though… some make it to the top, many do not. You need a good financial back up to sustain until jewelry retailers start buying ! Luxury is not a necessity after all !

Can you define your distinct creativity?
I produce for myself, my jewelry is within me. I would love to own my own jewelry. For the women who can identify with me, they ought to believe that Laura Medine’s jewelry is wearable, pretty and pull the outfit together !

You talk about the magical effect jewelry has on you, what are you referring to?
As I just stated above, wearing my jewelry should « make the outfit ». Every time I put some of my pieces of jewelry, I get compliments. I would love to count how many people stop me in the street to learn about my jewelry.

How can we find you?
My husband has stores in the Caribbean where my pieces can be also found. The collections travel via cruise ships in the Baltics or Mediterranean sea. We have also locations in NY, LA or Florida… but we have not reached out to the European market quite yet. For direct inquiries, you can always book an appointment to the NY showroom. We would like to stay confidential and exclusive !

What is your price positioning?
Prices range from 3500$ and above… the stock is not that big. I have about 600 pieces I add on or eliminate.

Jewelry and success run in the Medine blood. If Laura Medine’s success is growing since its launch in 2012, her husband Marc Henry launched his eponymous brand back in 2000 (http://www.markhenryj.com/) ; her son Haim, founded his brand KhaiKhai in 2006 http://www.khaikhaijewelry.com/ closely followed by his sister Leandra, founder of www.manrepeller.com ! When we look at what the Medine family has achieved, there is no doubt they will stick around for the next upcoming years if not decades !-