High jewelry designer Sevan Biçakçi’s world is filled with lost kingdoms and forgotten sultans. As he opens a flagship store in Miami, Clara Le Fort sits down with the creative maverick.

Escaped from another era, Sevan Biçakçi’s pieces project myths and tales, architectural wonders and historical discoveries. A modern-day Aladdin, Sevan crafts the most exquisite jewels in view of Istanbul’s Grand Bazaar. From his five-story atelier, the Turk of Armenian descent works with his team of artisans to depict historical grandeur or underwater mythology. On the cover of his Assouline coffee table book, a dome-shaped ring features a carved replica of Haghia Sophia mosque’s staggering cupolas. A vision from the past, it celebrates the city’s Byzantine and Ottoman heritage: “Living my life among all these monuments has inspired me to create a particular style, which is a lot about putting layers on top of each other”, Sevan Biçakçi explains.

“Sevan is a mythologist, and an archaeologist: he unveils layers of history with a rare poetry. He seems to be on first name basis with the sultans, and delves into their world with acute precision”, a private collector confesses. 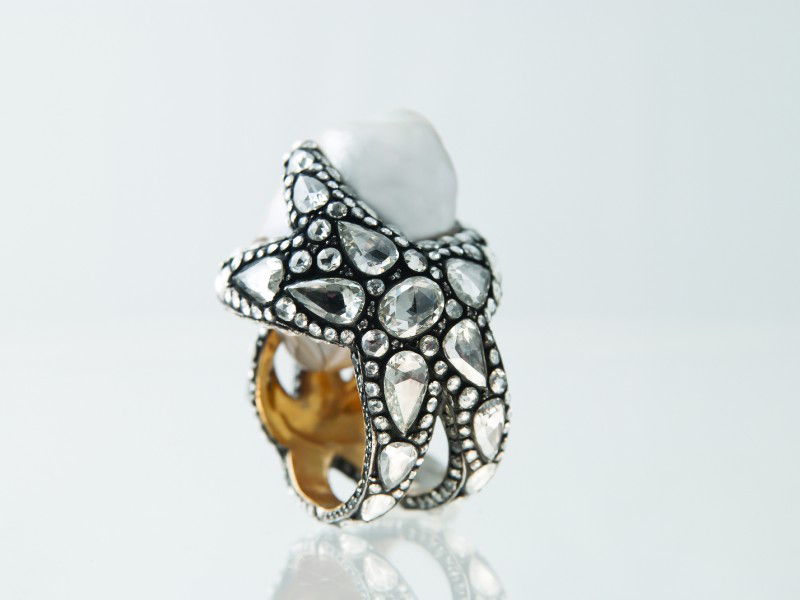 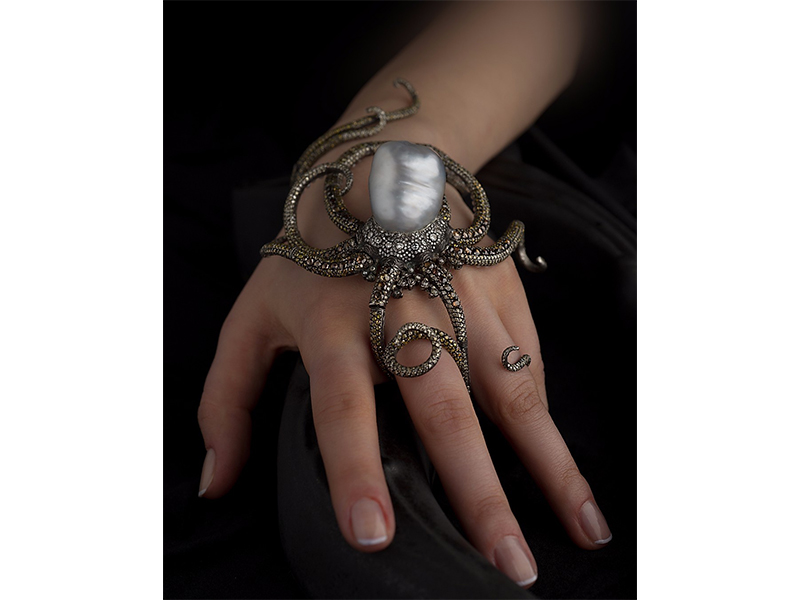 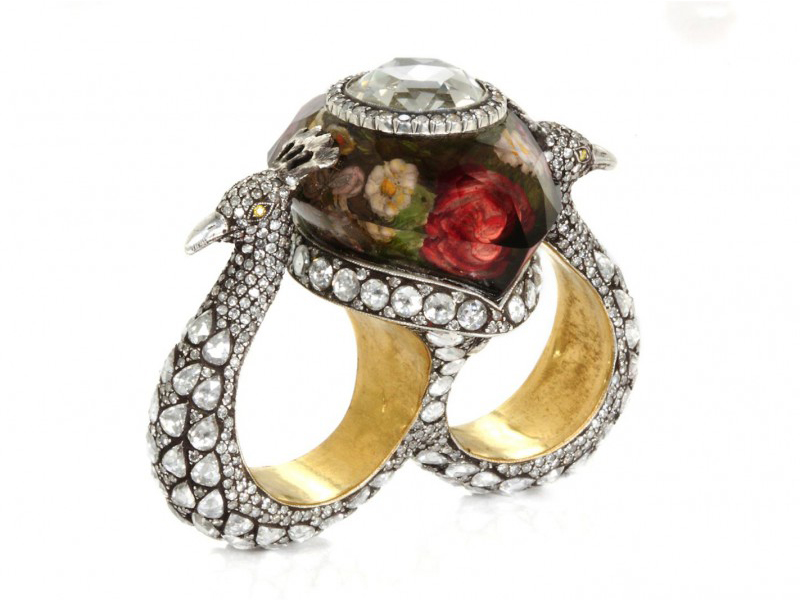 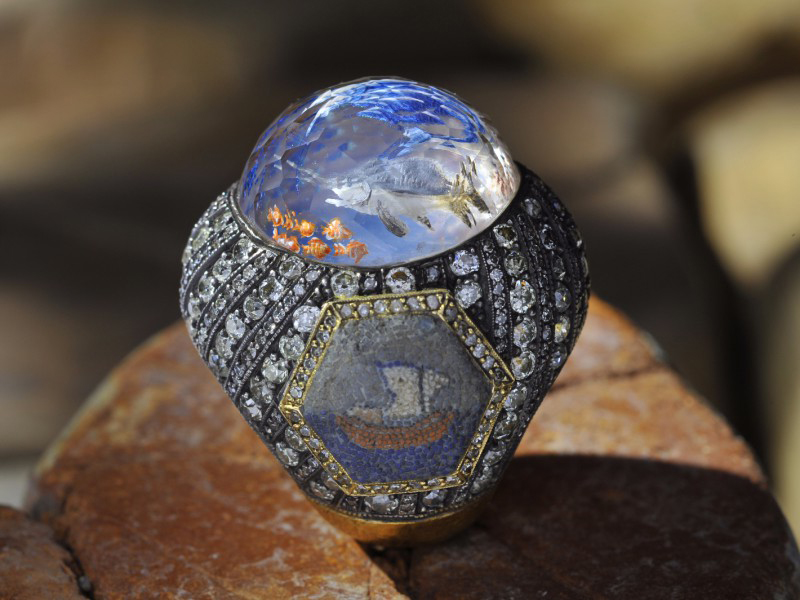 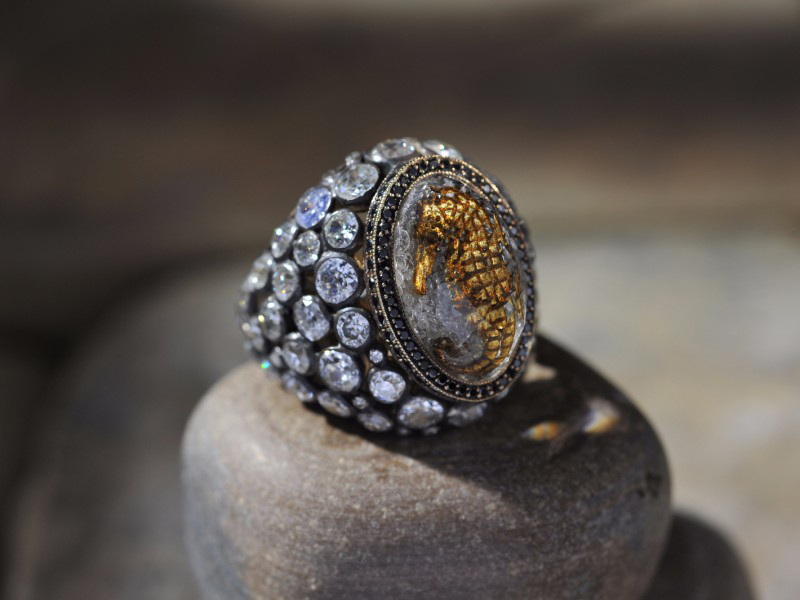 Making his first steps in the American market, Sevan Biçakçi chose to open a flagship store in Miami’s coveted Design District; “some of my biggest, most loyal collectors live here”. Far from his native Istanbul, the Miami store portrays a unique underwater world: for the opening, the mastermind unveiled the ‘20000 Leagues Under the Sea’ series featuring gigantic South China Sea Baroque pearls. “These are rare”, says Emre Dilaver, Mr. Bicakci’s creative director, “Mr Pierre Hajjar (head of Belpearl) introduced us to the world of unseen, remarkable pearls; he is like a Captain Nemo to us”. Here, a starfish-shaped ring of gold, silver and pink sapphires stands out, topped by a baroque pearl shaped like a cloud. On display, a spider-shaped ring welcomes a large whirling pearl, embraced with gold, silver and diamonds. Behind closed doors, in the private salon, Sevan brings an articulated, octopus shaped ring and bracelet to the table: covering the hand like a net, the diamond-paved tentacles seem to have a movement of their own. Sitting on top, an oversized baroque pearl mimics the octopus’ head. Other motifs in the collection include colorful starfish, underwater sceneries, coral-shells or glistening fish scales.

Another must-see piece, the “Garden of Paradise” two-finger diamond ring captures the artist’s commitment to sculpting stories. The ring’s 5.5-carat rose-cut diamond sits in its own Eden—an intaglio paradise of flowers inversely carved into a smoky quartz and painstakingly hand painted in enamel. A pair peacocks guard this paradise, weaving gold, silver and diamonds around each finger.

As New York Times’ writer Susanne Fowler coined it back in 2014, “calling Sevan Biçakçi a jeweler is like calling Michelangelo a carver”.