It is not just a name of a new high-jewelry collection: it is the one and only. Vies de Bohème by John Rubel is the modern transformation of jewelry of a centenary brand that has been brought back to life in 2015.

Thanks to the great-grandniece of the Frères Rubel, founders of the brand, Sophie Mizrahi Rubel has resurrected not only the family name but the family brand. The Eye of Jewelry has met the heiress of the Rubel family, a sophisticated brunette in her early fifties with deep red painted nails, a pair of jeans, a chic blouse and a tatoo on the forearm.
So cool, so chic, so French.

Over a cup of tea at the Fouquet’s in Paris, she unfolded the details of the full story that led us here, sneaking now and then in her purse to pull out the exquisite pieces of the first collection of the second life of John Rubel.

So… what’s the story behind the Rubel brothers, your great-grand-uncles?
Back in 1915, the Rubel brothers (uncles of Sophie’s grandfather) who had just migrated from Hungary, opened a high-jewelry workshop designing and producing pieces, Place Vendome in Paris. Van Cleef & Arpels rapidly became their first partner. In 1939, VC&A wanted to conqueer the USA and decided to bring the brothers with them. After three years of collaboration Jean and Robert Rubel decided to create their own brand they named JOHN RUBEL. It was 1942, war was happening in Europe, they had to stay in the US. Only their nephew (Sophie’s grandfather) stayed in Paris to run the workshop until he got imprisoned.

777 Fifth Avenue where the legacy starts…
The shop was almost where the Apple Store is now located. Shortly after the Fifth Avenue in NYC, they opened in Palm Beach and a salon at Saks. They saw a growing success during 15 years where the John Rubel pieces had a tremendous success among the jet-set and the high-society. Early 1950’s the brothers are aging, their father does not want to re-open the workshop post-war nor move to the US. Therefore, he asks his sons to come back home to help him develop the new strategy of the company focusing on diamond deals. Not being in the US anymore, the brand slowly dies. We are in 1955 and the family business is now re-oriented on diamond deals… The grandfather, Marcel Rubel becomes one of the most important diamond dealer in France. The company still exists although it was sold about 10 years ago.

What about you, Sophie ?
I was born in 1963 in the diamond industry as my entire family was working in it. I grew up impregnated with the taste for diamonds, the knowledge of stones and the business approach to it. Although, I have always loved jewelry and stones I got a law licence in Nanterre after I graduated from high school. Only then I started studying gemmology. My grandfather taught me everything about diamonds and colored stones. I got to spend a lot of time in the workshop and started to love the concept of being independant… which is why I opened a small business of my own where I would create jewelry collections and designs for the jewelry brand of the Place Vendome. Boucheron, Chaumet, Mauboussin … even VC&A trusted me. This is where I learn how to craft jewelry, as I did not only gave them the design, I was also involved in the production process.

From being an independant you become dependant of the LVMH group for almost 15 years…How so ?
In 1998 I had just turned 35 and my career drastically changed. FRED had just been acquired by the LVMH Group and made me an interesting offer within their development department. Then, I joined Cartier in development as well before spending over 10 years at Mauboussin as the Secondary General Director. Five years ago, I left the brand and opened my company doing consulting and stone dealing… up until I sort of woke up one day with the idea of relaunching the family brand that had been dead silent… since 1955.

Why now ?
It was not the first time I stumbled upon this wooden trunk up in the haddick of the family house but I never spent the time to look inside it. When I found dozens of original jewelry designs that my uncles has drawn… not even knowing if those pieces were ever made. I started browsing on Google and realized that often you could find JOHN RUBEL pieces in auction houses with real quotations. I called François Curiel, head of Christies dept. who confirmed that JOHN RUBEL was the must of the must in terms of excellence, craftmanship and creativity. That’s when I realized that there was something to do about it ! 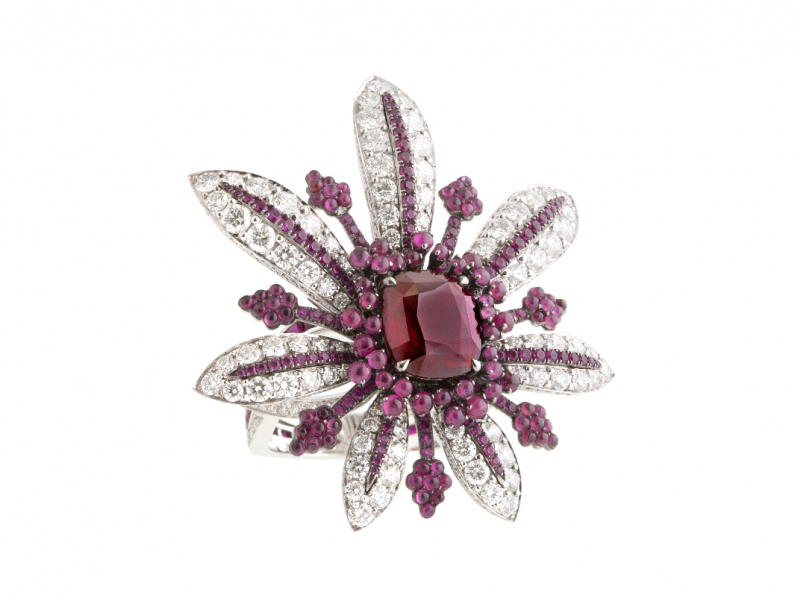 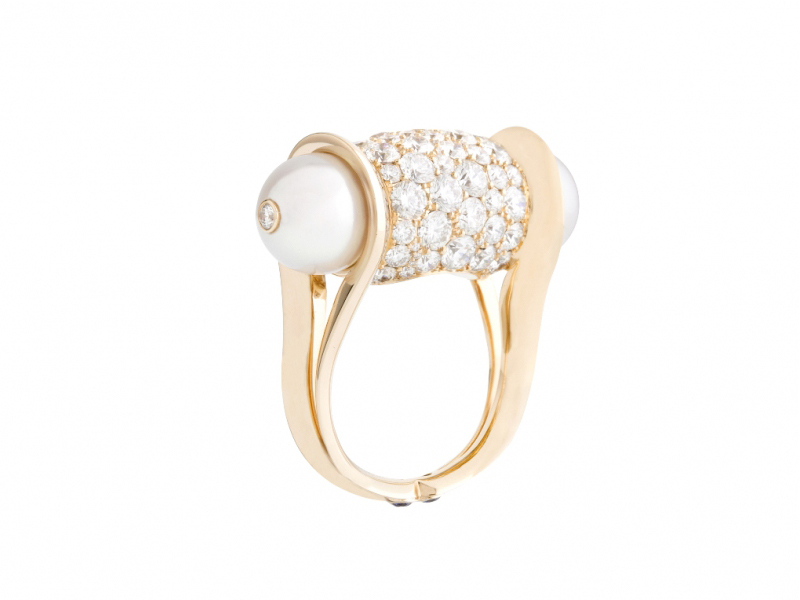 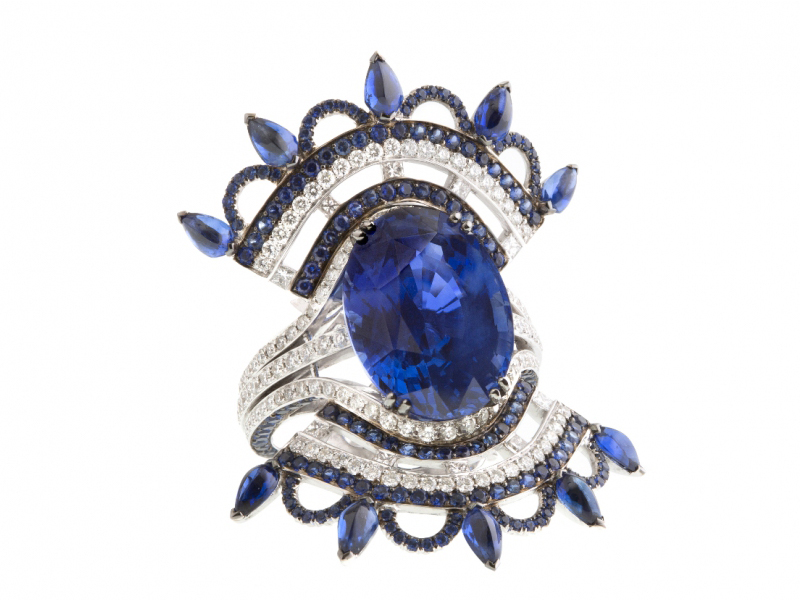 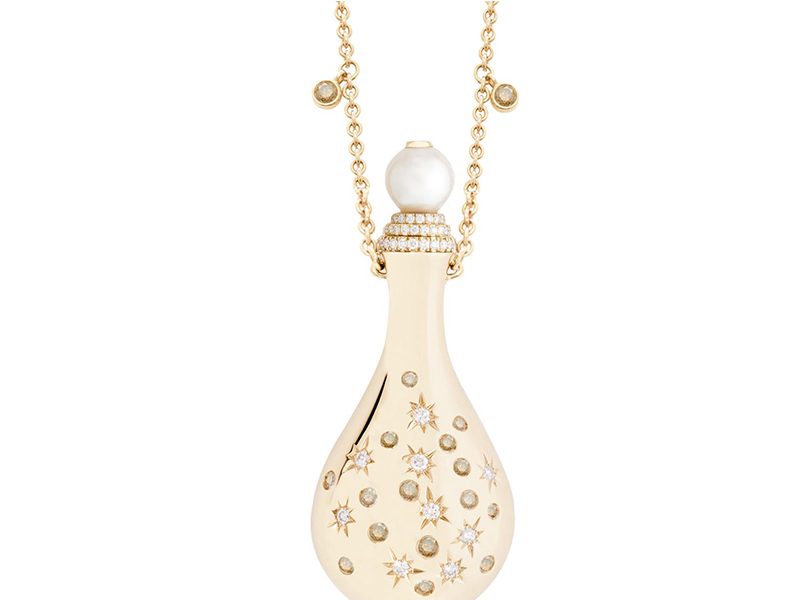 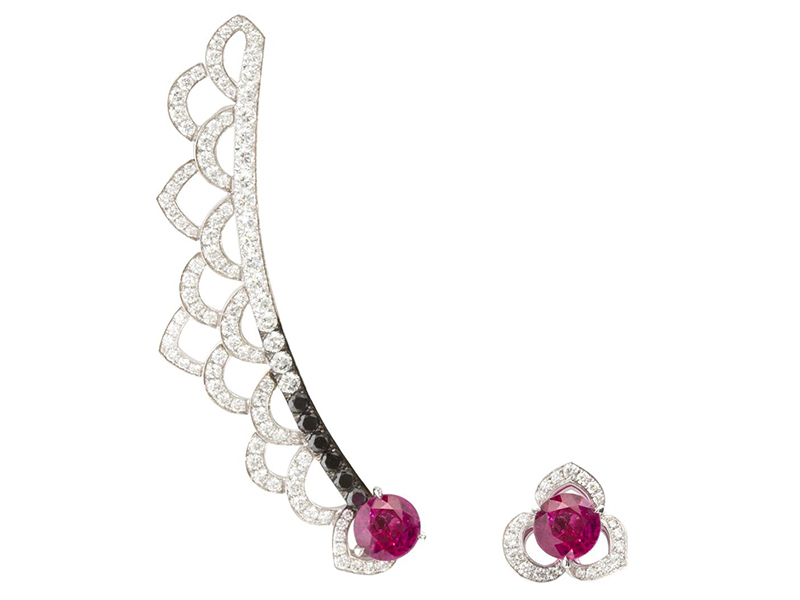 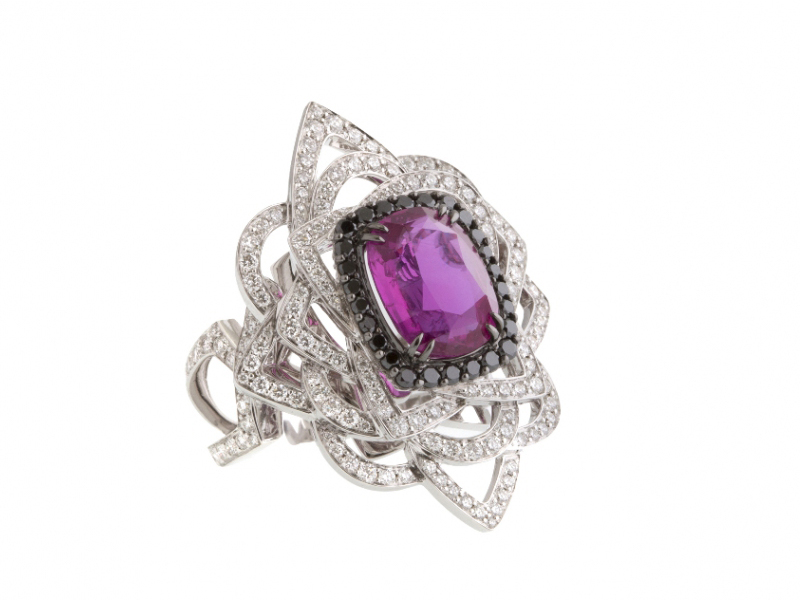 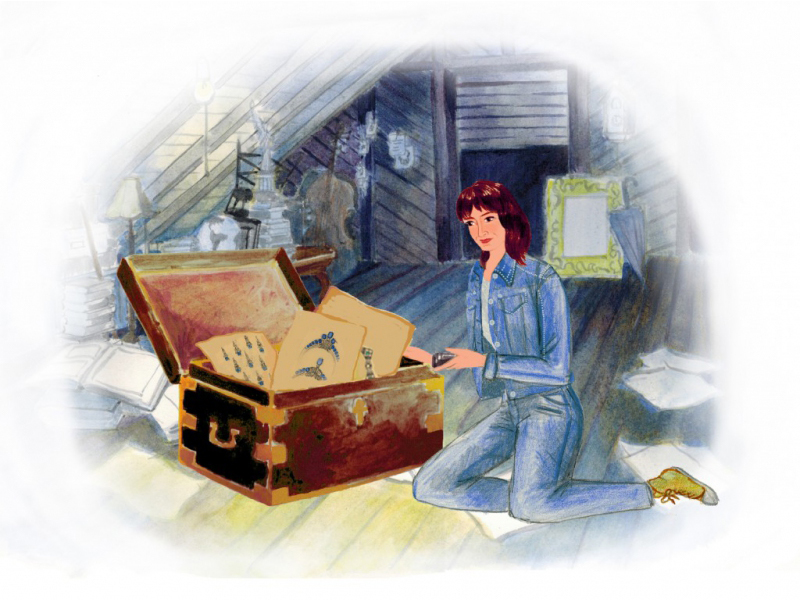 What came next ?
I knew it was a very ambitious project, very challenging and completely crazy specially considering the market and the fact that I was about to launch a new high-jewelry brand. I spent 3 years working on the project including one full year thinking about how I wanted to position the re-birth of JOHN RUBEL on the market.

So, what is the positioning of the brand ?
Even though the brand JOHN RUBEL isn’t very popular, it is a respected brand. I wanted to keep the DNA of the brand, the values and the creativity my uncles where known for. To launch or re-launch a high jewelry brand you need an outrageous amount of money, which is why we (my partner and I) decided not to open a store but an office with private appointments only… Place Vendôme obviously. In 2015, John Rubel is high end, exclusif and confidential.

Timeline ?
I found the drawings. I spent a lot of time studying, analyzing, looking at the details. With the help of Christies’, Sotheby’s and Bohmans I gathered a maximum of original content including texts and designs in order to launch a book telling the story of the Rubel Brothers.
I decided to re-launch the brand, keep the name, change just a detail of the original logo where I remove the « C. » and tatoo-ed it on my forearm. I designed the collection from scratch with one wish : no reproduction of an original design. It took me 18 months to imagine new models, get new ideas, take inspiration from the original. To use a very marketing term, I had to dive deep into the DNA of the brand to come up with a new creative collection that would go way above just a new high jewelry collection. John Rubel stopped in 1955, but we are in 2015, and even though some pieces are still stunning from that period, we need contemporary jewelry to wear !

Why does the collection pay tribute to women?
The name of the collection is Vies de Bohème and pays tribute to emblematic women of the 20th century who lived their passion. They dared, they were not afraid, fully assumed who they were. From Amelia Earhart who was an American Aviation pioneer who disapeared into the Pacific with her plane, to Sarah Bernhardt who was considered the theater empress , Louise Brooks, American Actress famous for mute movies…

The collection is an hommage to those brave women. Vies de Boheme has 18 pieces including some unique pieces such as the Divine ring mounted with a 4.03 carats ruby from Mozambique or the Blue Carmen Ring where a 13 carats unheated sapphire from Ceylan is set with diamonds on white gold and black rhodium.

Vies de Boheme by John Rubel is not just another high-jewelry brand. And why is that ?
Just because it becomes wearable high jewelry where the ostentatious stones and volumes we normally have within high jewelry pieces now disapear. The stones are carefully selected all natural and unheated. There is a real work put behing each design where volontarily the stones are set within a minimum amount of metal. Not only the pieces are timeless but they are creatively modern… to the point that you want to wear them with a pair of jeans and even sneakers.

Jewelry has to be worn which is why John Rubel is the modern transformation of jewelry.

An Anecdote?
At the time VC&A and the Frères Rubel were in the US working together. One of the Rubel brothers who was in a bar in Greenwhich watching a French Cancan stage show started drawing the Ballerina out of a paper tablecloth! VC&A immediately loved it! The Ballerina became rapidly successful and iconic to the house. Van Cleef and Arpels and the Frères Rubel share a story, some history and a very famous piece of jewelry!