Message jewelry has been around for a very long time. Some before others as much as they claim to be the innocent soul who thought about the concept in the first place. What has evolved are the jewelry techniques used to highlight the chosen word. It can be Love, it can be Rock or it can be Fuck, those are universal and very much used in jewelry. Some designers have stepped outside the box into the making… and we love them for the matter. 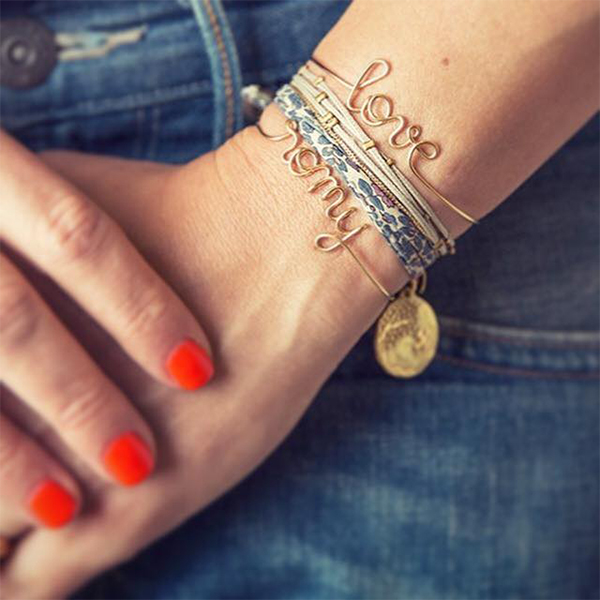 As a tribute to her father named Paulin, Anne-Sophie Baillet launches three years ago Atelier Paulin, a jewelry atelier based in Paris. It does not take much time to her long-time friend Matthias Lavaux to join her in the adventure. Together, they build a concept of message bracelet made of a single thread of golden copper or silver twisted in a way that the linear thread becomes a name, a word or a message. The duo extended their collection, introducing the Atelier Paulin ear cuff now offered in 14 carat gold in addition to silver and vermeil. Hand-made only as it could not be otherwise, you can customize your piece up to 10 letters for bracelets with a starting price of 95 euros and up to 7 letters for ear cuffs starting at 140 euros. You can have it your way based on your budget. 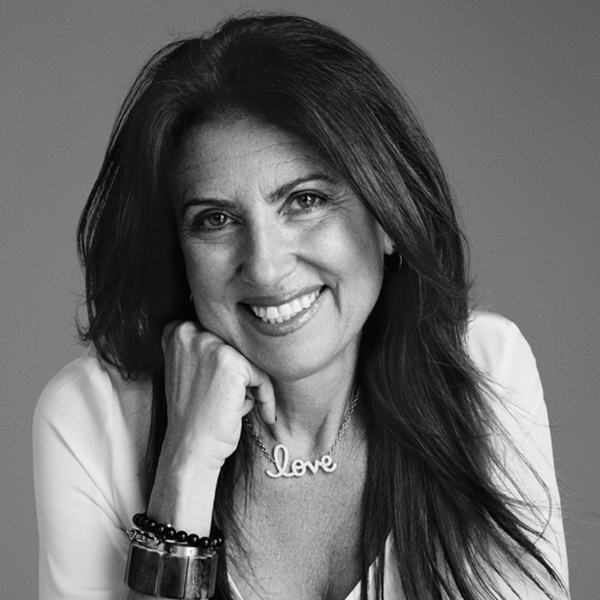 When Rosanne Karmes launches her fine jewelry brand in Los Angeles in 2001, she did not know she would leave a footprint in the world of jewelry. Her brand Sydney Evan named after her two sons, was rapidly acclaimed by Californian fashionistas. Her Word collection introducing the infamous « Love » necklace we have all seen a million times, copied by literally everyone, was in fact first made by Rosanne. The idea came in the middle of a meeting … probably bored… when she started scribbling the word love in cursive letters. Rosanne Karmes immediately fell in love with the design. It was not so much her handwriting but the way she wrote love this very time. She made it a pendant and designed many more until she unveiled in the 2015 December Issue of the British Vogue, the Sydney Evan custom words collection with Kate Moss on the cover.

Gaia Spallanzani grew up surrounded by jewelry. Her father, grandfather and great-grandfather made their family name respected in Milan in the mid-seventies. The High society of the Italian capital would come running to the family mansion to attend their social gatherings. As a matter of fact, the Spallanzani were part of the legendary Italian jewelry families. Born in 1880, Spallanzani jewels has not wrinkled a bit specially since Gaia has become the artistic director since 2014. Married to a French man with whom she has two daughters, the Spallanzani heiress is not only stunning but also smart, fun and driven. Since she was a child, she kept the souvenir of a bracelet her father made to her mother. Made of two round bangles weld by letters in between, she took the decision of making this design into a whole collection she named Only You … almost like a personal tribute to her parents. If the original piece had 6 letters that translated a personal message (TSTQCA – tu sei tutto quello che amo meaning you are everything that I love), Spallanzani Jewels now offers the possibility to create your own message with 48 combinations of gold and gems for us to love and you to pick.

In a clear message or secret code, with cursive letters or diamond paved capital initials, made of silver or gold, message jewelry will always be fun, whimsical and emotional … it all depends who is it from and what does it say !