Between the iconic Breakfast at Tiffany’s to the T collection, the  Blue Book high jewelry pieces or the work of Elsa Perreti … Tiffany & Co has become over the years for the American and the rest of the world THE jewelry brand with its branded blue color.

A story beckoning to be told

It would be challenging to think about a brand that has so richly affected the Americans and the world of fine jewelry-making. The diamonds, the glamour, the storied legacy of movies and song have left such a prominent mark on the way we view and feel about gems today. From Audrey Hepburn and her legendary Breakfast at Tiffany’s to the beloved character of Charlotte from ‘Sex and the City’ who was featured in a scene just outside a Tiffany & Co. boutique in New York with her betrothed Tray for choosing an engagement ring worthy of their romance. Sadly, their love was not one to last, but the ring did and so did the friendship it saved… One glance at the glorious collections evokes not only excitement, but also appreciation for a legendary style crafted by artisans working in a tradition established more than 175 years ago.

Founded in 1837 as an American stationery and fancy goods emporium, Tiffany & Co. subsequently grew into one of the world’s most iconic jewelry brands. Its founder Charles Lewis Tiffany’s vision of beauty is deservedly famous for breathing life into some of the most colorful and sophisticated designs of all time. The introduction of major gemstones in 1848 rightfully earned him the moniker “King of Diamonds.”  Soon afterwards he lived up to this name by introducing the Tiffany Diamond – one of the largest and finest yellow diamonds ever found in the world. The following purchase of the French Crown jewels only cemented the brand’s status as the home of some of the finest and most precious gemstones on the face of the earth.

From the brand’s exquisitely elegant collection of diamond engagement rings to its annual extravaganza of high-jewelry known as the Blue Book, Tiffany remains one of the world’s most revered brands. Its range of watches are also designed in the distinctive house style with the Tiffany Atlas collection taking its inspiration from the Roman numerals of the famous Atlas clock outside the flagship of the New York store. With such attention to detail, character and craftsmanship, Tiffany & Co. continues to redefine glamour and style in the industry. 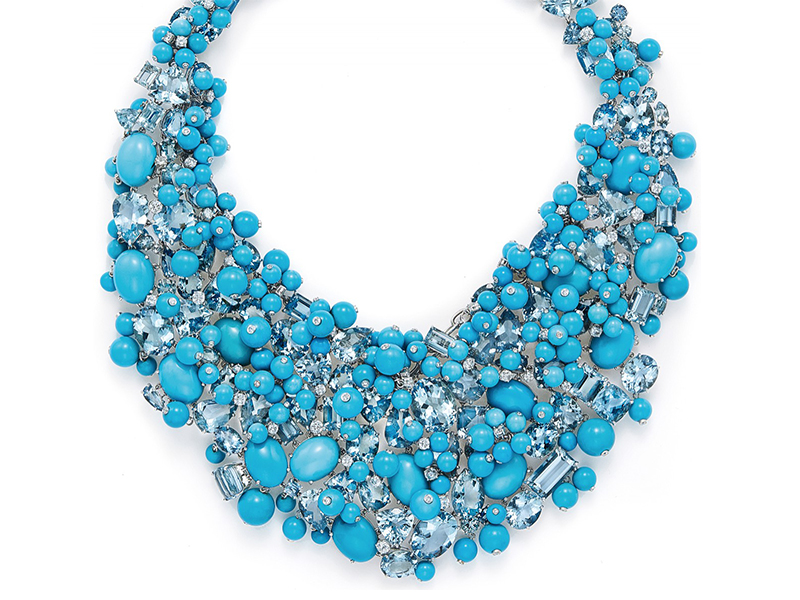 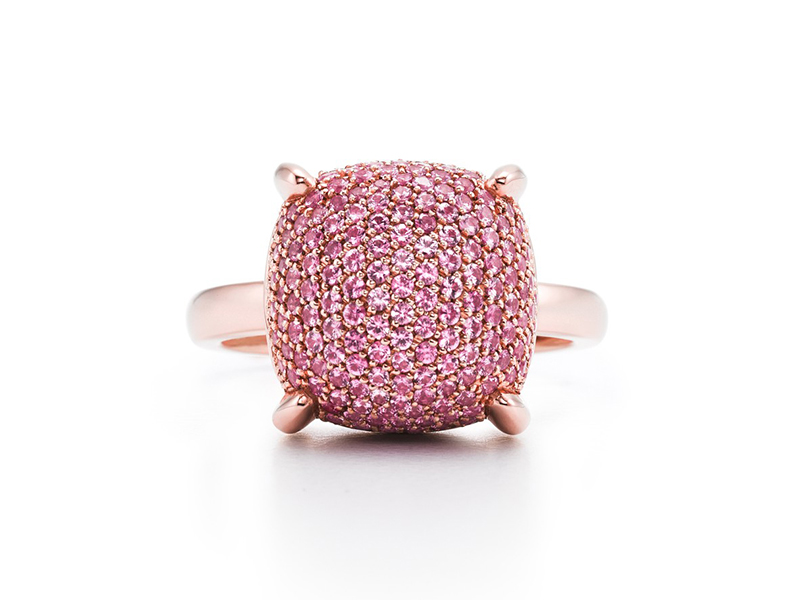 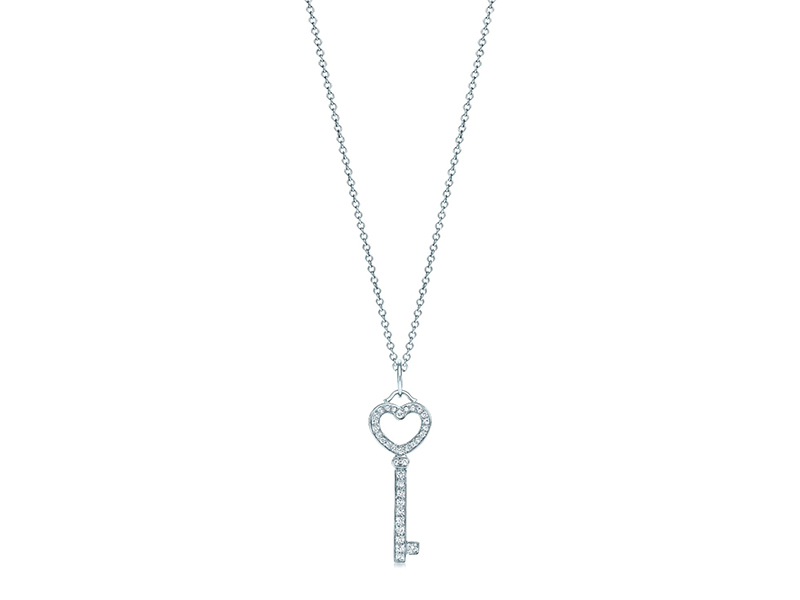 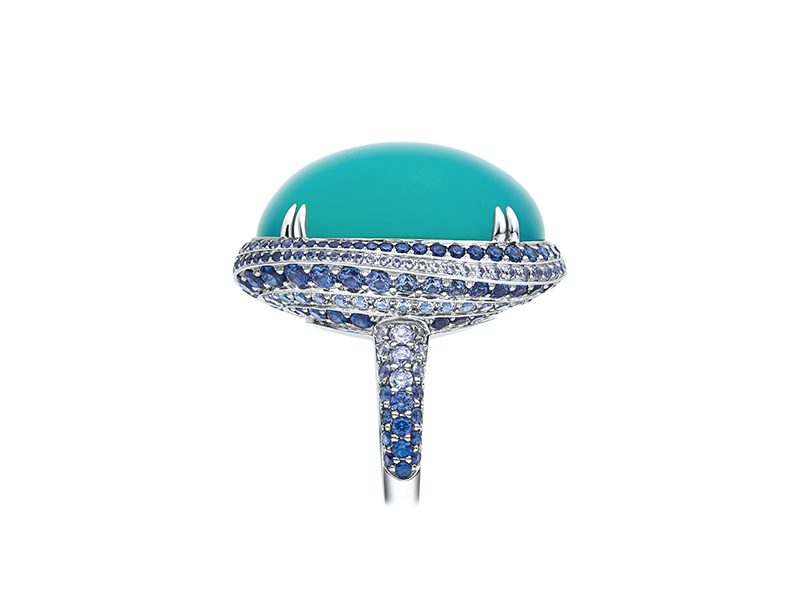 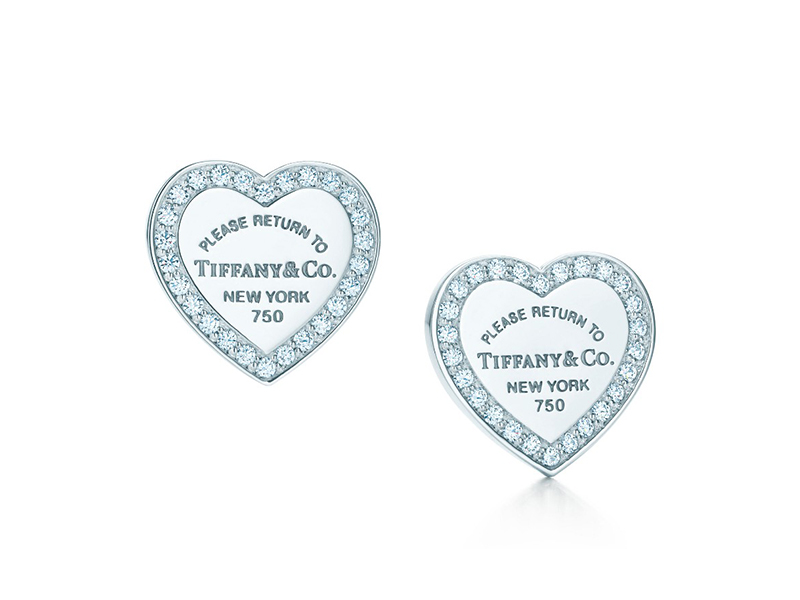 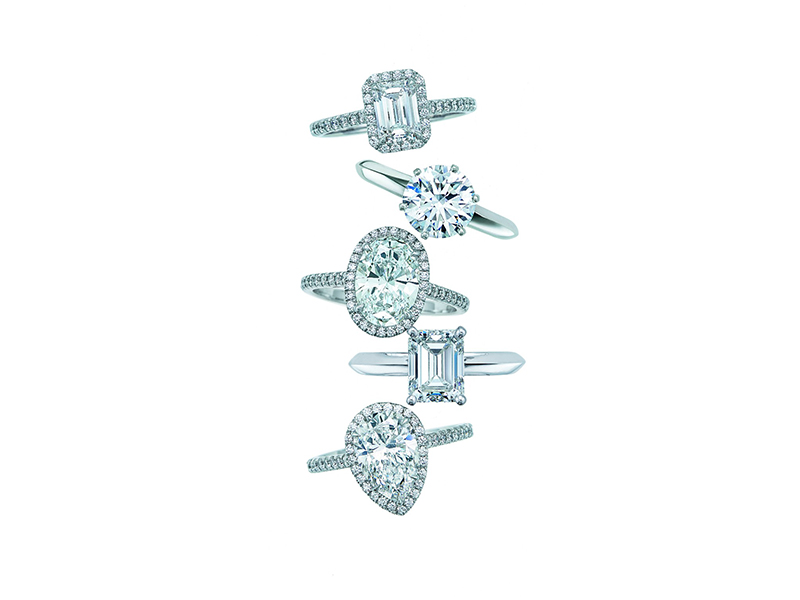 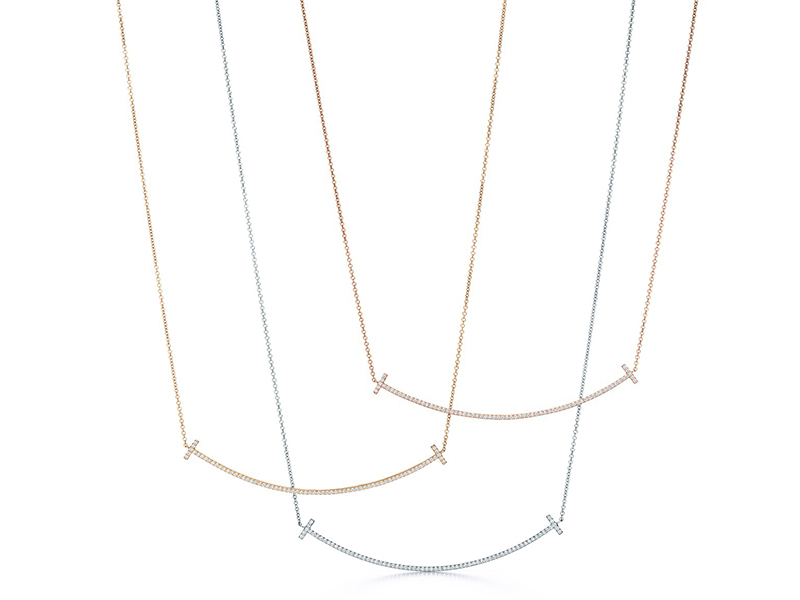 For more than a century, Tiffany has been at the forefront of the world’s greatest design movements and to this day remains a trendsetter in its own way. Collaborating with important artists and creative names, from glamorous to geometric Art Deco pieces or bold cocktail-style creations, Tiffany has broken new ground time and again with exceptional designs and inimitable craftsmanship with the works of Jean Schlumberger or Elsa Peretti to name just a few.  Enchanted with the brand’s inherent glamour, Hollywood responded with the legendary Breakfast at Tiffany’s, where Audrey Hepburn was the very epitome of Tiffany’s eponymous style. What was soon to become one of the most quoted and beloved pictures in the industry was a clear demonstration of the elite’s growing fascination with the brand’s eponymous style and sophistication. Several decades later, few women would remain indifferent towards that delightful little blue box with a satin ribbon, which holds the most precious thing of them all – a promise for a future and a fairy-tale come true!

It’s a blue thing
Since the publication of its first Blue Book catalogue in 1845 Tiffany’s selection of its most sensational masterpieces has been awaited by the world’s jewelry connoisseurs with bathed breath every year. This annual presentation of unparalleled craftsmanship and timeless design heralds the fall season with one of the most distinctive and exquisite collections of couture jewelry on earth. The carefully selected collection features exceedingly rare and flawless gems incorporated into one-of-a-kind pieces of exceptional quality and allure.

The eponymous color now known as Tiffany Blue was selected by founder Charles Lewis Tiffany for the cover of the Blue Book for its deep symbolism. Also referred to as robin’s-egg blue or forget-me-not blue, this distinctive color echoes the popularity of the turquoise gemstone in 19th-century jewelry. True to the founder’s vision, the Tiffany Blue Book quickly became an icon of luxury and exclusivity and has now gained a status as legendary as that of the brand itself.

Ever-changing, deeply emotional and enchantingly intricate – the brand’s most inspirational creations find their way to the eager clientele through the pages of the exclusive catalogue. Fortunate connoisseurs are able to feast their eyes on the most popular Tiffany necklaces, bracelets, silver bracelet, blue diamonds and blue jewelry and enjoy a sea of shimmering and fluid forms crafted to perfection. 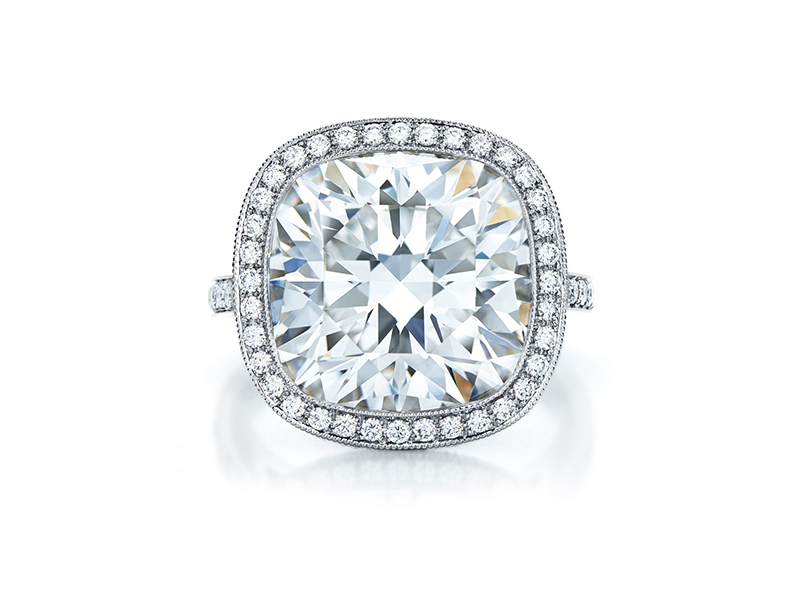 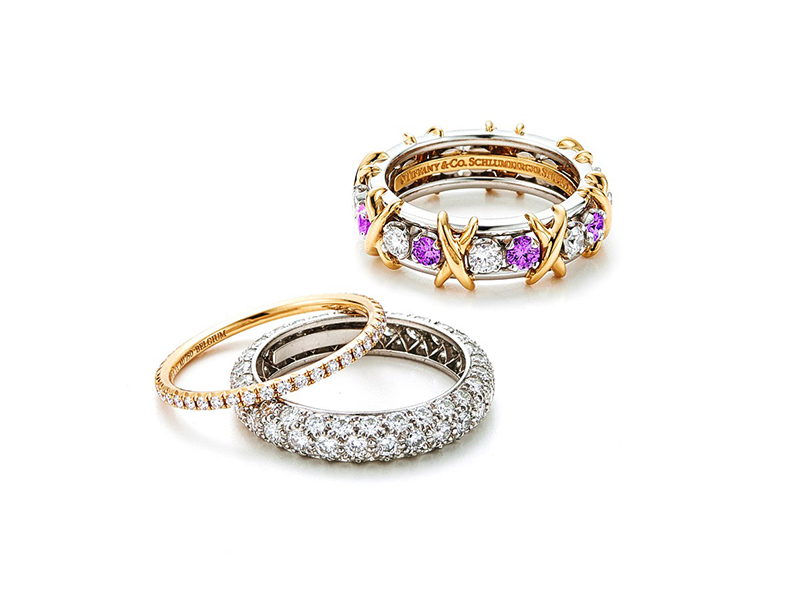 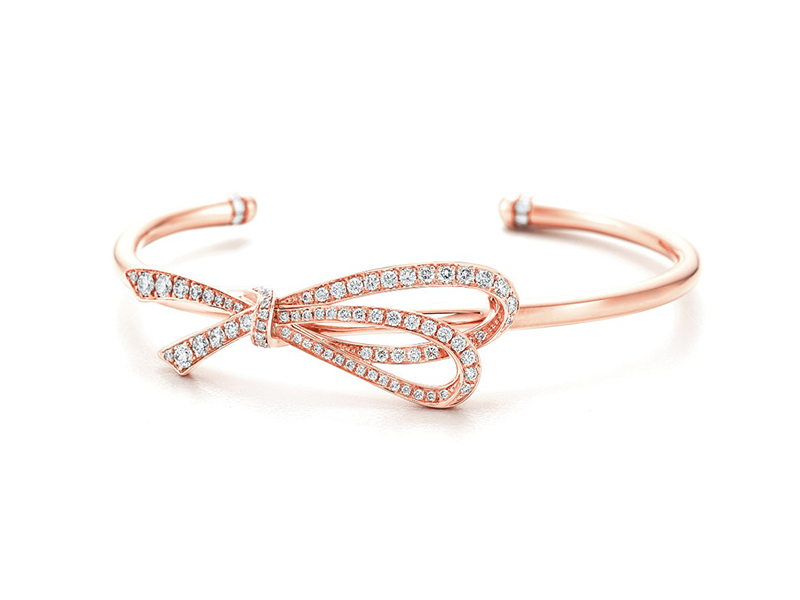 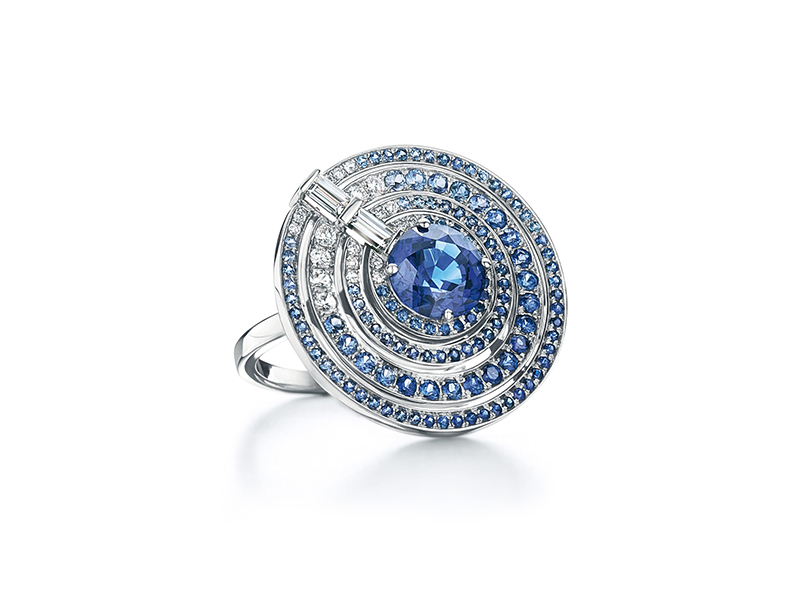 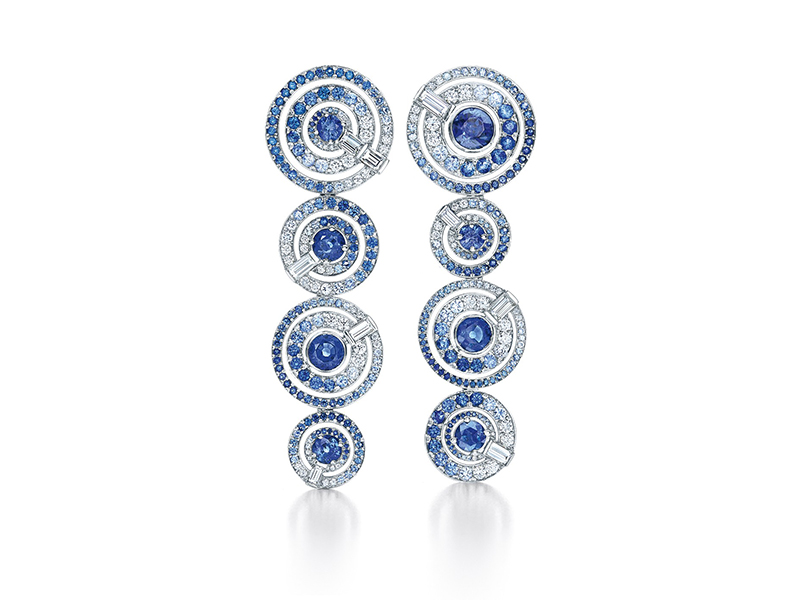 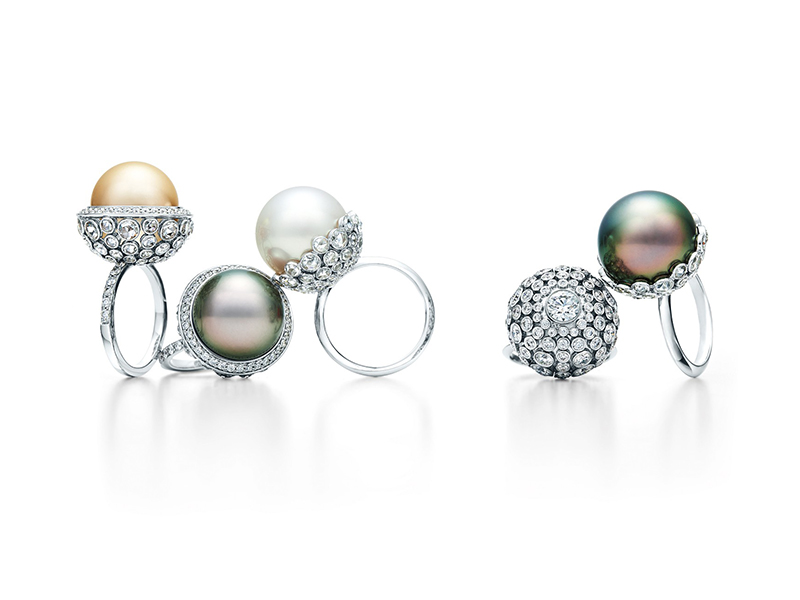 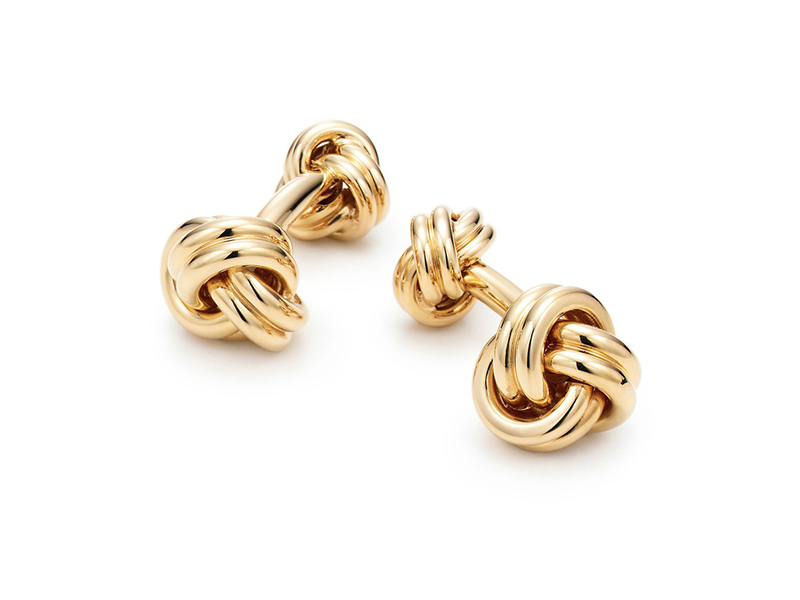 A ring that changed the course of love
To say that every woman finds herself at some point in life singing to Beyonce’s infamous ‘put a ring on it’ tune would be an understatement, but to say that every woman dreams of a Tiffany diamond would be spot on! Rare and brilliant, Tiffany’s legendary engagement rings are, by far, one of the founding pillars of the brand’s exquisite statement style.

For generations men have come to Tiffany in search of that one special ring that was sure to win the hand (and heart) of the object of their love and passion. And since its introduction in 1886, Tiffany’s charming Blue Box has marked the beginning of many happy stories around the world.  Just laying eyes on the little treasured box, resting in the palm of the hand, evokes feelings of the greatest pleasure imaginable. Not to mention that every man who understands just how important of a status symbol an engagement ring is, is a definite keeper!

Tiffany’s iconic bridal range has always remained on-trend since the introduction of the iconic engagement ring with the signature six-prong setting in 1886. The diamond solitaire was a stylish combination that came to be perceived as the ultimate symbol of romance and marriage, marking the increasing popularity of the trend of the engagement ring. The irresistible pairing of diamonds and gold has all the makings of a modern classic and continues to leave women breathless and moved to tears decades later. Because love may wear off, but a Tiffany diamond will last forever!

Literary classics and figurative brilliance
When a monumental literary work, such as The Great Gatsby is set to be immortalized on the big screen, it’s only natural that the creators confide in the expertise and finesse of one of the world’s leading jewelry houses to bring the opulence of the Jazz Age to life. The new Tiffany collection was exclusively created for the film’s cast to recreate the vibrant lifestyle of the characters that so many people were fascinated by. A total of 30 pieces were meticulously crafted over 18 months for a splendid array of pieces with brilliant diamonds and colorful gemstones in softer settings with more contoured lines. Stylized floral motifs and the use of signature Tiffany hues represented the softer side of Jazz in jewelry that is a true representation of the brand’s masterful artisans and superior craftsmanship. 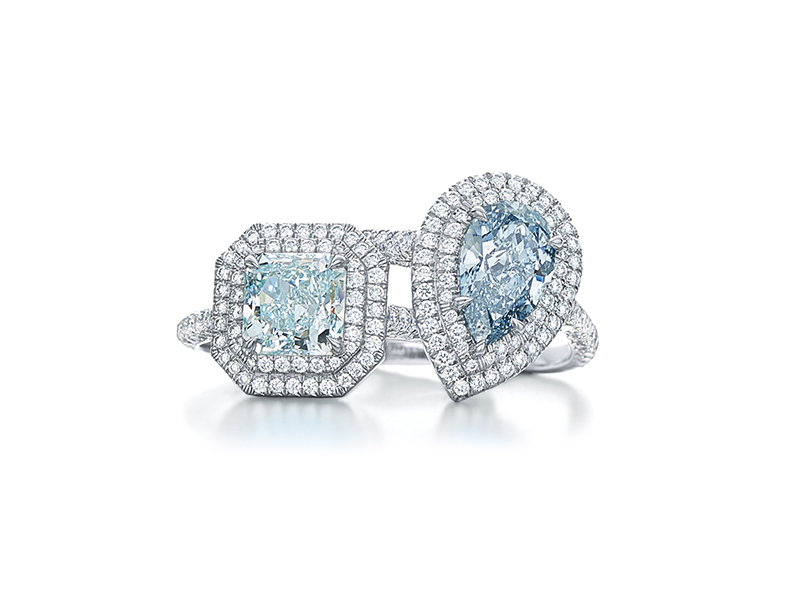 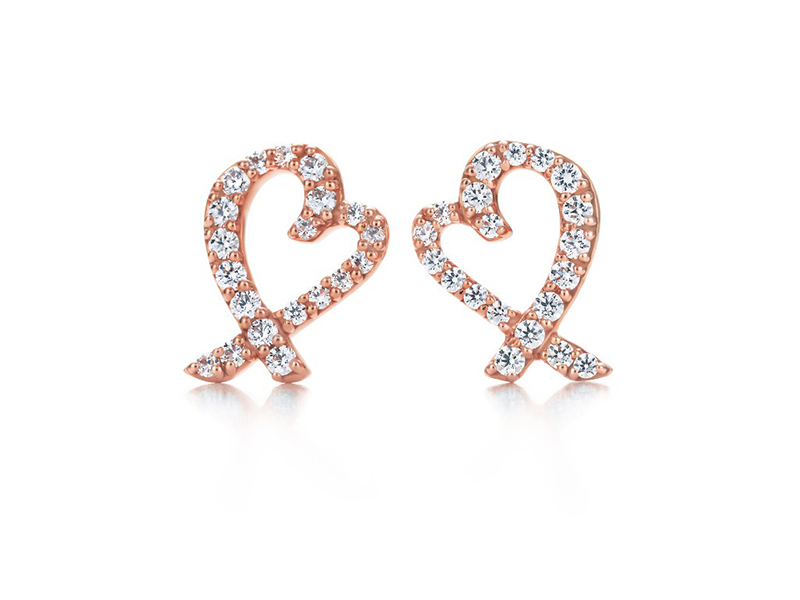 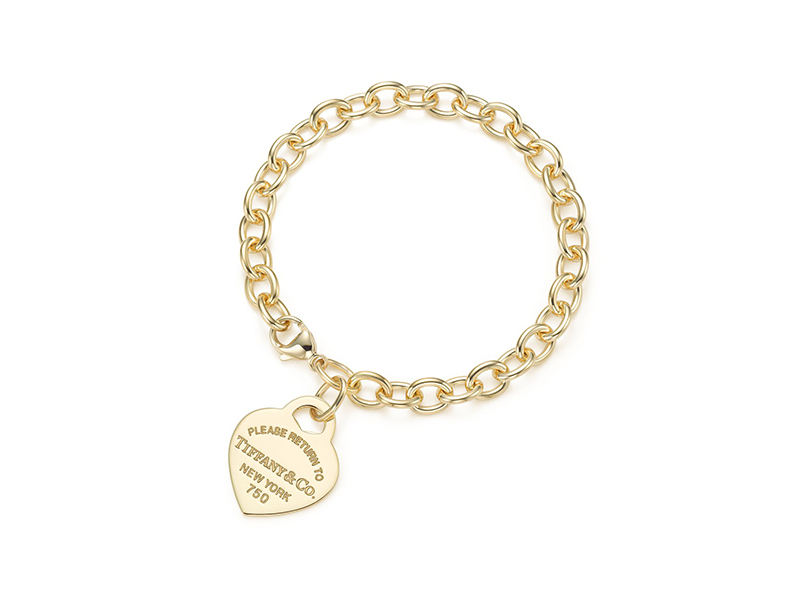 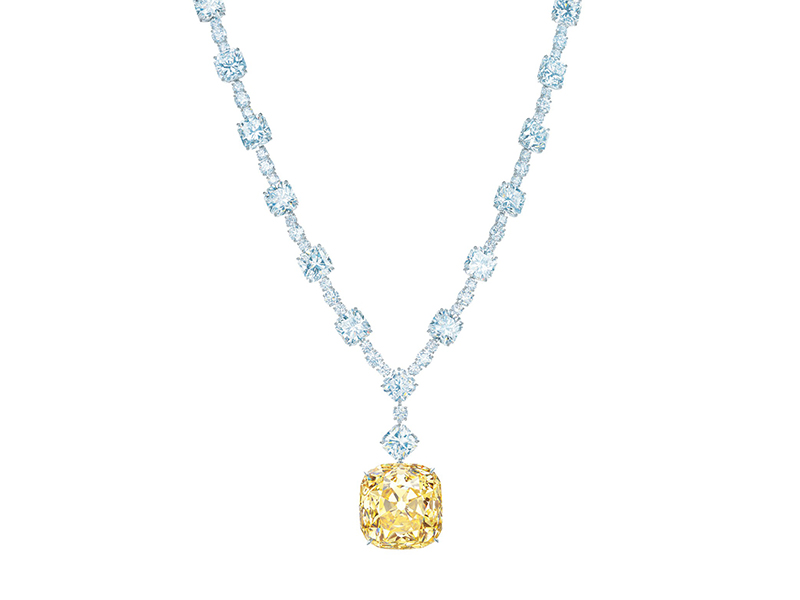 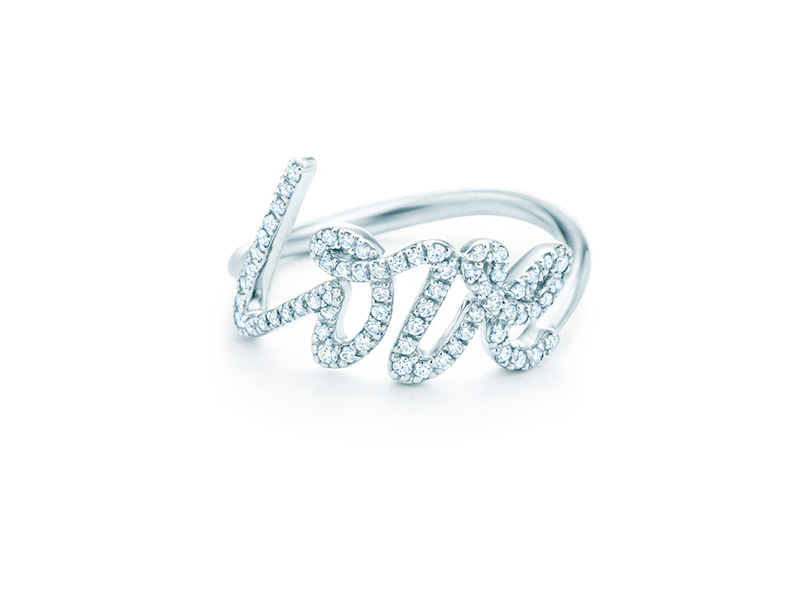 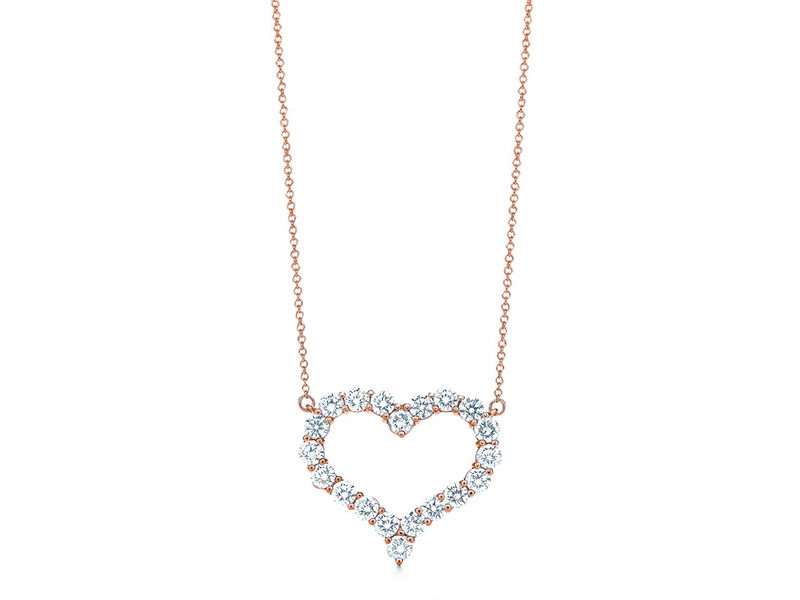 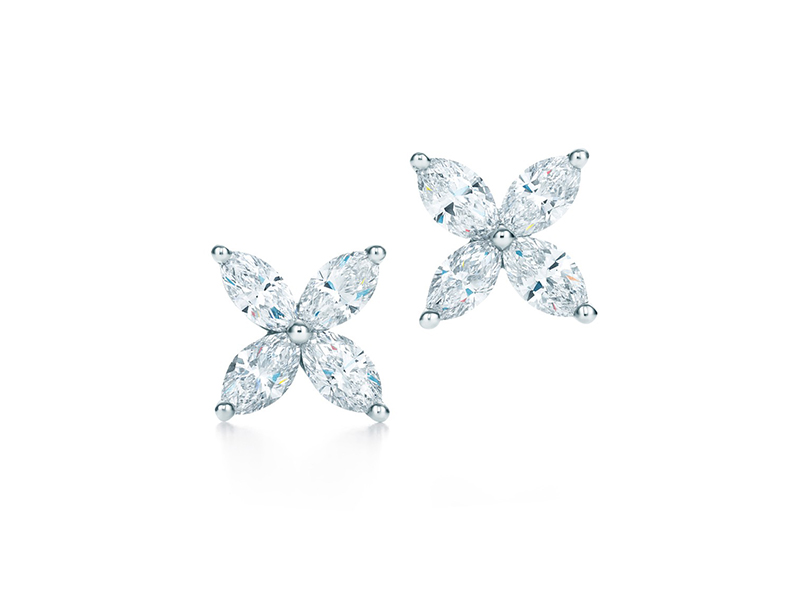 Created expressly for and used in the film, the Gatsby jewels speak not only of glamour and luxury of an era long gone, but brilliantly relay the deep, hidden passions of a life in wealth and privilege. The Great Gatsby truly highlighted Tiffany as the era’s preeminent jeweler. From the Great Gatsby headband with detachable brooch and Native-American motif to the jewelry rings with daisy motifs – all pieces were conceived and fashioned in keeping with the profound tone and message of one of the greatest literary works of the 20th century.

One name, multiple inspirations
From the stylized and timelessly elegant Atlas rings to the unmistakable brilliance of their fancy colored diamonds – Tiffany is a brand that is in constant pursuit of the extraordinary and its multifaceted manifestations.

Honoured worldwide for their superlative brilliance and beauty, the brand’s spectacular styles and designs represent over a century of expertise and tradition in the ultimate expression of love and commitment. Perfect facets in exquisite designs accentuate the world’s fanciest stones to attract connoisseurs of superlative beauty and rare worth. Tiffany’s is a world of glamour and captivating charm. It is everything you dreamed it would be and more…When you’re wearing one of their flawless pieces you become a part of a universe of exquisite finesse and class you’ve only seen in films.

Some stories are being written in motion and it’s not that difficult to become a part of their fabulous narrative…all you need to do is acquire one precious little bit of their astonishing lifeline and that small gem will forever remind you that you’re part of something magnificent.