Fifty journalists managed to sit down whereas 15 couldn’t and struggled to support the 40°C inside temperature  of the tent at the Carreau du Temple in the Marais neighborhood of  Paris where Francois-Henri Bennahmias, CEO of Audemars Piguet  presented the new Millenary collection, the iconic ovale feminine wristwatch.

Unveiled during SIHH 2015, this past January in Geneva, July 6th marked the official launch date and commercialization of the Millenary timepieces collection.

Following the be an #APWoman hashtag on Instagram and other social media, FHB introduced the new AP Ambassador, Indian actress Freida Pinto. Producer, female activist,  women’s rights defender, Pinto does it all but doesn’t like to be asked what does she think about the Audemars Piguet Millenary timepiece set with diamonds  she wears on her left wrist. « None of those answers can be expected from me ! » she claims in a British accent that slowly shifts with an Indian tone when she gets upset … but always with a bright smile.

François-Henri Bennahmias presented the new ad campaign made by fashion photographer David Bailey and directed by Baillie Walsh, famous British music video and film director, where Anouck Lepere- Belgium Model embodied once again with a notable sensuality the AP saying : « There are exceptions to every rule ».

Jerry Strafford, stylist and creative consultant was once again chosen by AP to front its ad. He talked about how watches in fashion shoots used to be a nightmare but now became less impossible to shoot. Strafford pointed out the rising demand of timepieces in editorial shoots and how matching clothes that would reflect the complexity of the watch is now the new challenge.

FHB joked about how he will keep all of the journalists sitted in the boiling heat of the press conference until they understand that they need to include watches in fashion photoshoots !

The new ambassador, new ad campaign movie and new collection were later that day presented at the gala dinner hosting over 200 people at the Carreau du Temple including celebrities such as Olivia Palermo, Omar Sy, Caroline de Maigret, Elie Saab or Freida Pinto of course who, after listenning to the Brooklyn Group She Keeps Bees hit the dancefloor thanks to DJ  Nora en Pure. 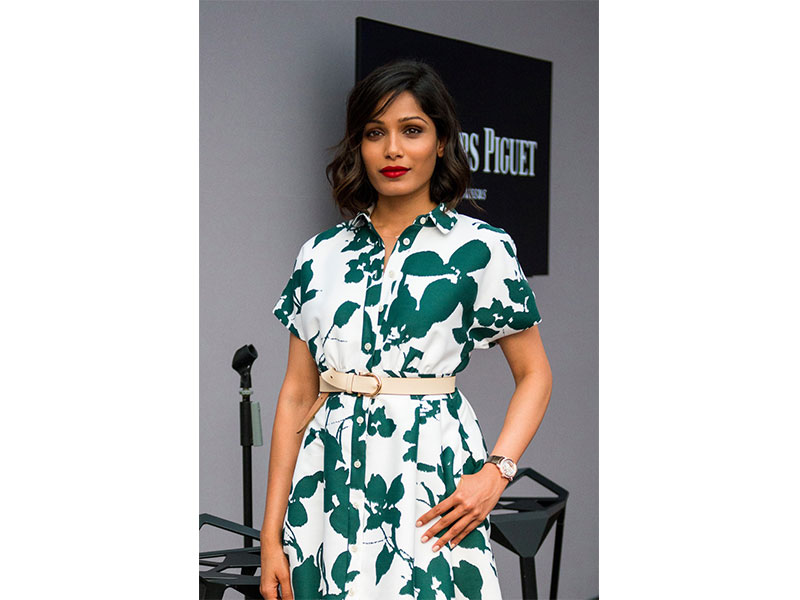 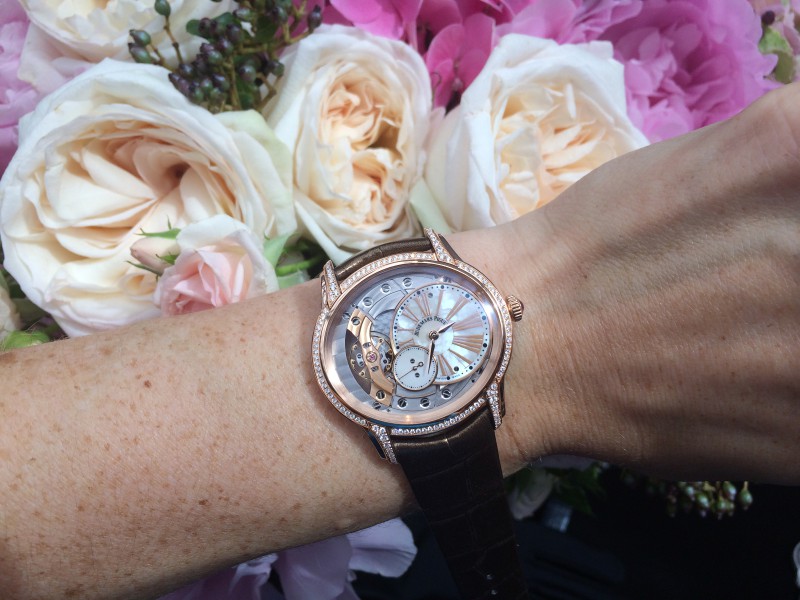 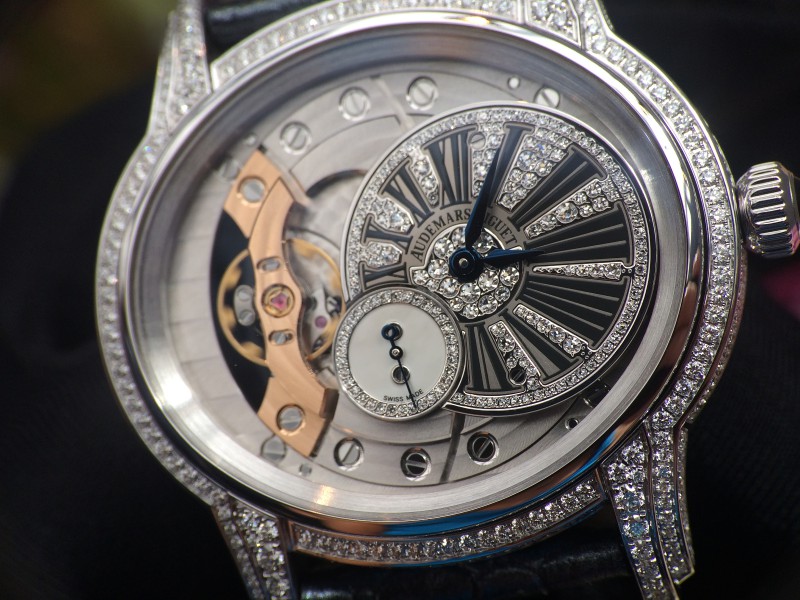