Designed in 1972 by Gerald Genta, the octogonal case of the Royal Oak is about to celebrate its 43rd anniversary.

A piece that became timeless overtime

There are exceptions to every rule according to the Audemars Piguet tagline. Daring, revolutionnary and made of steel, the well-balanced design of the Royal Oak made the timepiece a horological icon watch collectors cannot stay away from. Back in the 1970’s it was a challenge for Audemars Piguet to stand out and survive during the horological crisis when the Quartz movement hit the markets. The Japanese crisis with the Quartz era slowly killed the mechanical watchmaking industry… Only then, Audemars Piguet started listenning to the Italians who were encouraging the use of steel to beat and face the market demand… Which led to a beautiful and successful challenge!

Long critized by watch collectors due to the outrageous tag price of a steel watch, the visible screws on the bezel, the integrated bracelet and its disruptive design, the Royal Oak did not convince the crowds at its birth.

Shortly after 1972, when the Royal Oak was first being introduced to the Basel Fair, advertising campaigns focused on the new piece Audemars Piguet had launched claiming that “It takes more than money to wear a Royal Oak.”

The first Royal Oak ever made was in stainless steel yet, it was more expensive than a gold timepiece and its direct competitor was no less than the Submariner that launched Rolex. The design was elegant and pretty: an octogonal bezel reminding the porthole of a ship showing 8 visible screws on the bezel. Made from a single block of steel, the first Royal Oak became the first luxury and sporty stainless steel timepiece with an integrated bracelet into the case. 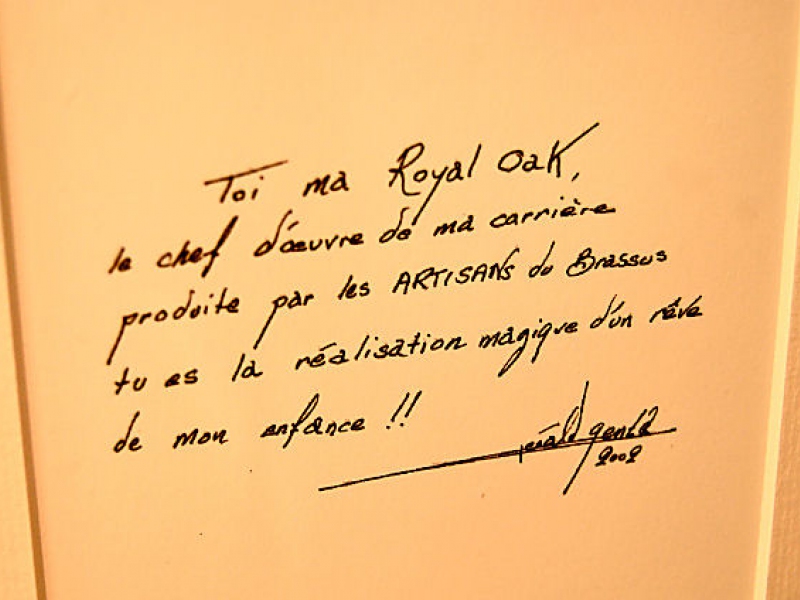 A slim case of 7 mm high and a diameter of 39 mm, the Royal Oak had a movement developped by Jaeger- Lecoultre, now called The Royal Oak Jumbo movement which is an ultra-thin self-winding caliber 2121 based on an existing Audemars Piguet Calibre 2120 that has a date complication.

Since the original launch, the Swiss manufacture located in the mountains of the Brassus, introduced a wide range of variations inspired from the first original Royal Oak mounting the piece on precious metals, leather or rubber straps, set with diamonds on the bezel, in limited editions as well as new technical improvements and complications.

Who was Gerald Genta? If not the man who designed the AP Royal Oak, the Patek Philippe Nautilus or the Cartier Pasha.. he is the one of if not the most famous watch designer the industry has encountered.

Born in 1931 in Geneva from a Swiss mother and Italian father, Gerald Genta stayed in his Native country most of his life. After a jewelry and goldsmith training he was hired by Universal Geneva SA reknown for the making of chronograph models. In 1969, he started his own brand introducing exclusive and complicated wristwatches. He died at the age of 80 leaving an empire of memory behind.

The Eye of Jewelry thanks to Benjamin Clymer who posted on Hodinkee, spotted a hand-written note from Gerald Genta himself that said, “You, my Royal Oak, you are the masterpiece of my carreer, produced by the craftmen of the Brassus. you are the magical realization of my childhood dream.” 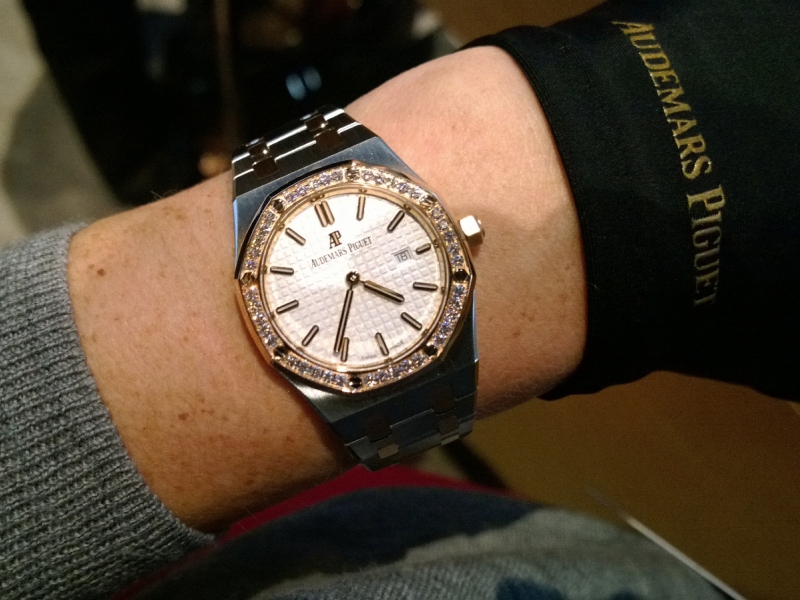 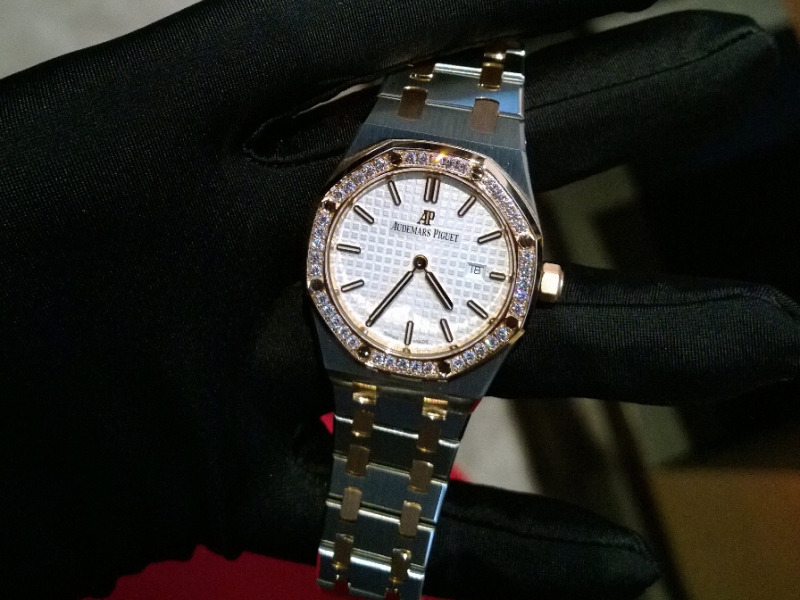