#CHANEL #MEET MY BOYFRIEND…
Excelling in marketing as ever, Chanel launched their new watch under the BOYFRIEND collection playing with the ambiguity of the name yet, emphasizing its design.

Entering the den of Chanel headquarters, it isn’t without emotion that we urge to meet the new boyfriend.
A white panel with a projection in black bold Chanel letters greets you with what seems to be a personal message… “Meet my boyfriend” .

Where is he? … The “I only have one boyfriend” message keeps on teasing you. New messages roll out on large white panels introducing Chanel’s new watch, the boy.friend playing on the French spelling and the ambiguity of the name. Nobody really knows what or who are we talking about until we spot on a wall pinned at the pin buckle a watch with a déjà-vu case.

A booster to the iconic octogonal Première watch case launched in 1987, an image of the Parisian Place Vendome and the shape of the stopper of the Chanel N°5 fragrance bottle. A icon re-invented in a “so eighties style” would say Nicolas Beau, International Director of the Chanel Horlogerie department .

Gabrielle Chanel was famous for transgressing the rules making her own. She needed to be a man in a women’s body to contradict the business world ruled by men at the time. Years later and when unfortunately Coco Chanel won’t see for herself, the new boyfriend watch is a feminine timepiece stopped at the boundary of masculinity,” explains Nicolas Beau.

A heavy case available in two sizes (Large and XLarge) set with diamonds on the octogonal bezel and a case made of white gold or beige gold which is a lighter version of the red gold specifically patented by the French house, the Chanel Boyfriend is according to Nicolas Beau, “an emotional object”… that could – off the record – be easily worn by men.

The bracelet in edge cut alligator with a pin buckle follows the codes of traditional masculine timepieces with no indexes and golden hands giving the time without measuring it on a plain dial a set with a mechanical movement with manual winding.

If you want to meet my boyfriend, you will have to wait a few months… And then, your actual boyfriend may take it away from you! 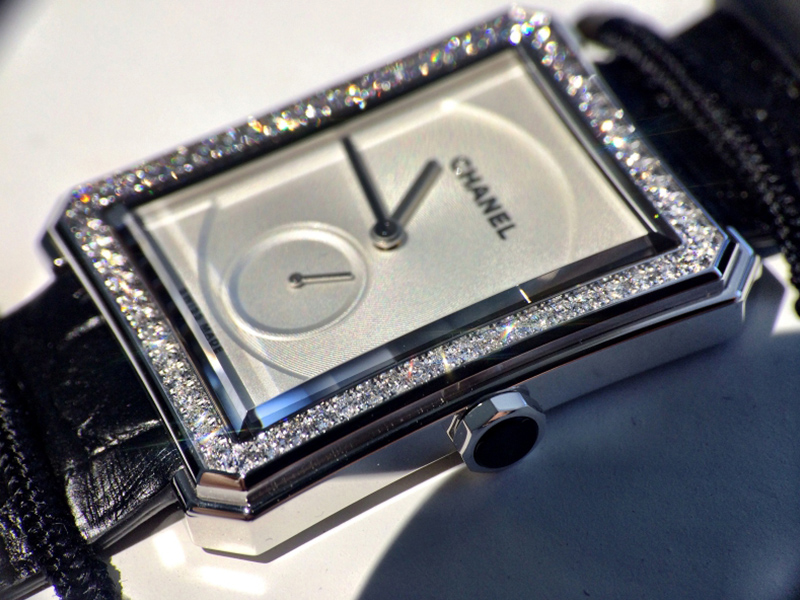 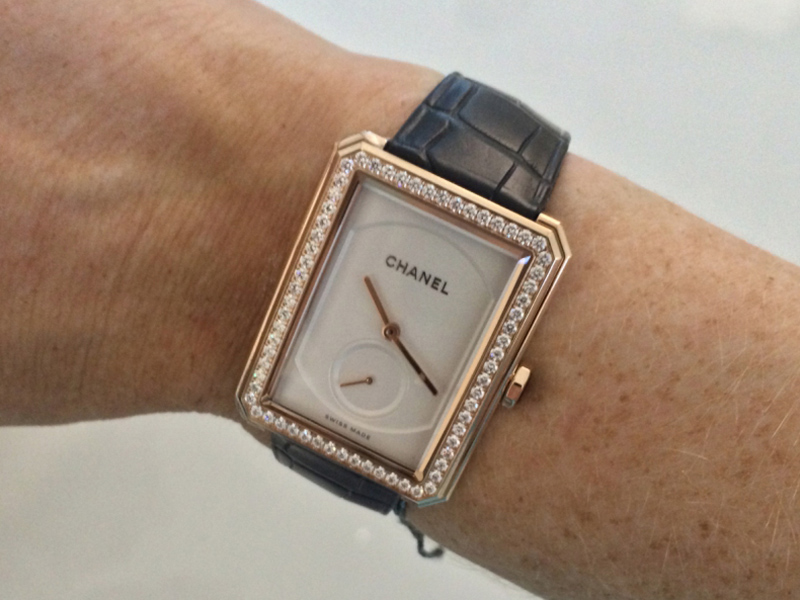 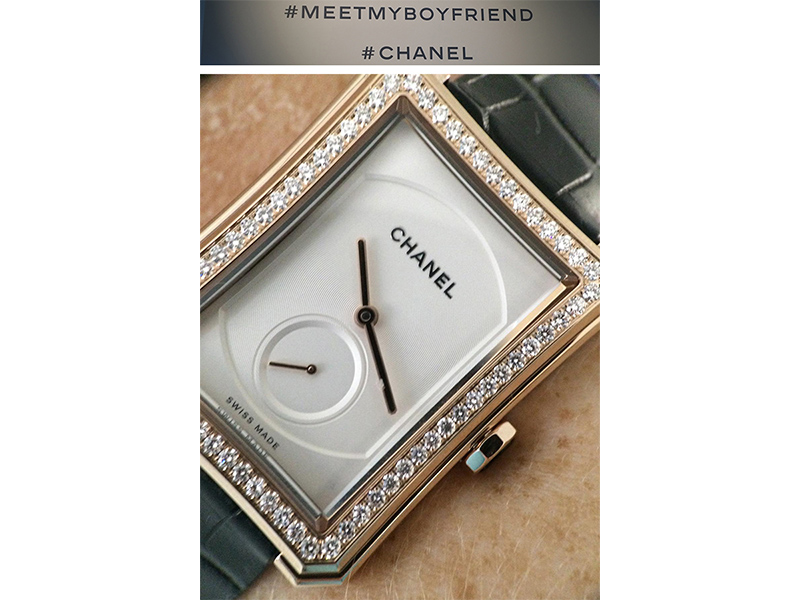 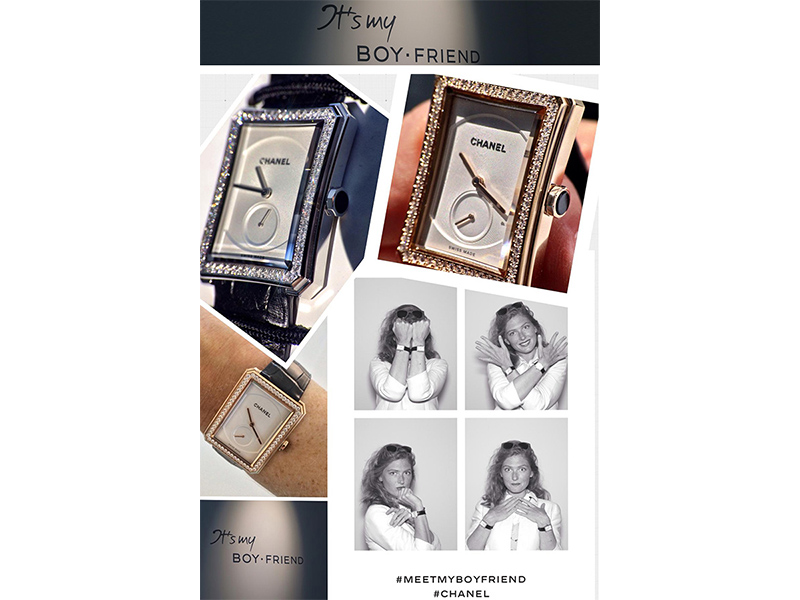