Chanel’s iconic watch is available in two new versions: both assertive, but diametrically opposed. While the Pink Blush is an ode to femininity, the J12 Electro is seductive with its radical, music-inspired approach. Who will win the battle?

Can an icon be endlessly reinvented? Put in the hands of Chanel : it’s a yes.  They have proven that any creation, even an iconic one, can be transformed into something else depending on the inspiration of the creative studio. Launched 20 years ago, the J12 was originally a watch designed for men that later become the most commercial success … in the feminine watch offer ! In experimenting new materials including a ceramic case and a ceramic or rubber strap, the watch took up the challenge of transposing Coco’s stylistic codes to watchmaking, with a very present lifestyle component. Building on its success, the J12 became a formidable creative playground, giving Arnaud Chastaingt, Director of the Watchmaking Creation Studio, all the latitude he needed to imagine the most daring variations, bi-chromatic or monochrome, studded with diamonds or camellia, futuristic or competitive for the J12 Superleggera.

For the summer season, not one, but two new versions of the J12 will surprise you. When it comes to style, there is a dichotomy. Renamed J12 Pink Blush, the watch seduces with its graphic look, immaculate white punctuated with powder pink, a symbol of femininity and delicacy. The colored indexes and numerals are made up to create a gentle contrast. A subtle detail that hits the mark, while allowing it to be easily associated with a summer wardrobe, made up of bohemian dresses and more minimalist outfits. 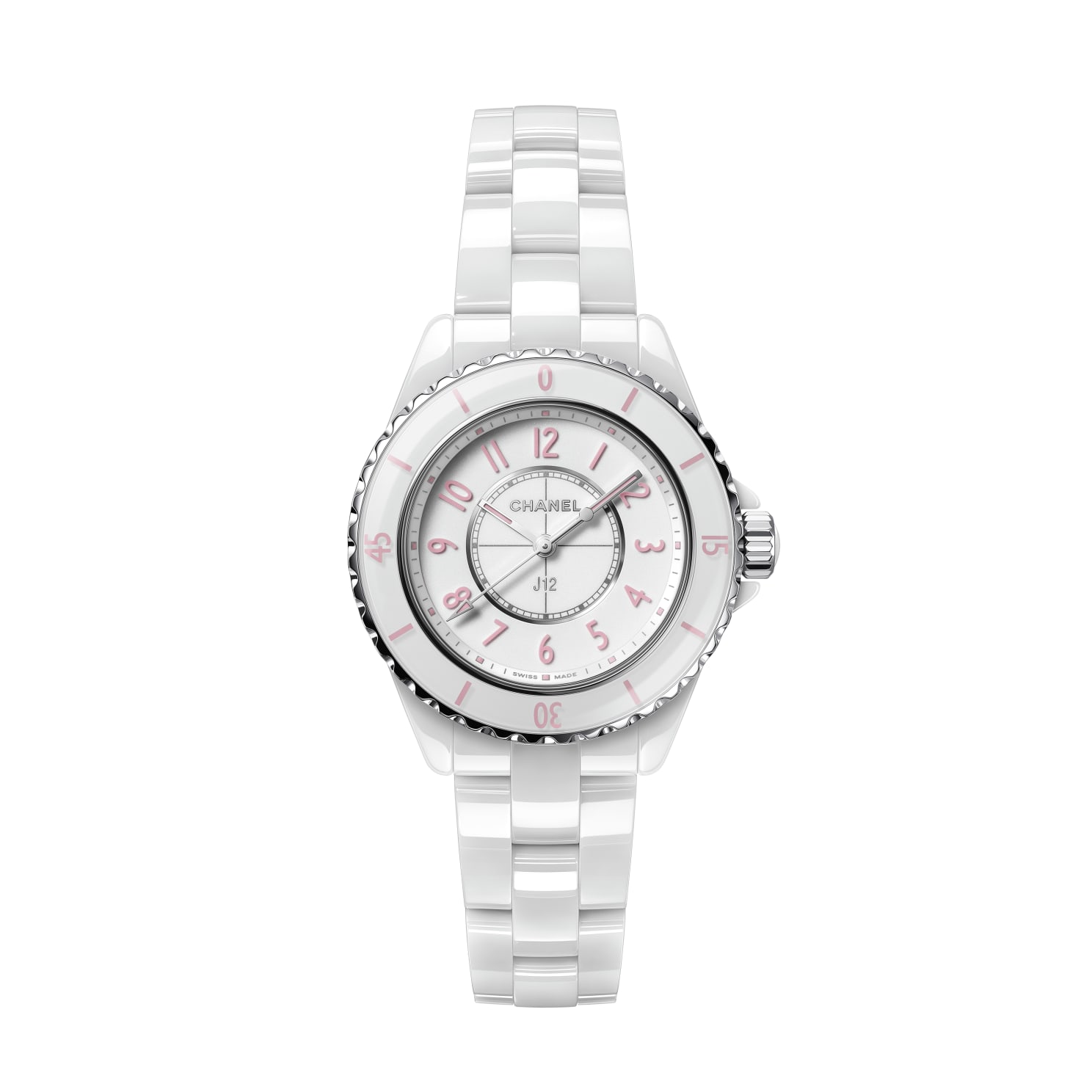 As a nod to the summer solstice, and the music festival with which it is associated in France, the second version, from the CHANEL ELECTRO capsule collection, is inspired by the star musical trend of the 90s. “I imagined this capsule collection as a program, inviting our classics, the J12, the PREMIÈRE, the CODE COCO and the BOY-FRIEND to perform on this stage and to borrow the codes of this universe,” says Arnaud Chastaingt, Director of the Watchmaking Creation Studio. On this fictional stage, black confronts color in a sensual duet. This version will appeal to daring personalities looking for pieces that are both watchmaking and artistic. As for the mechanism, it’s the status quo, since the J12 Pink Blush and the J12 Electro are equipped with a quartz movement. If the barometer of timelessness is leaning towards the J12 Pink Blush, the two models are equal in the game of exclusivity, since both models are offered in limited edition: 1200 for the first, 1255 for the second. One thing is for sure, you’ll have to decide quickly to get your hands on these two ultra-exclusive pieces!