Think about a place where the notion of time does not exists, where money disappears and where you are the absolute master of your desires and movements. No wonder your watch becomes futile … it only serves as an accessory to highlight your desert outfit losing its technical and Swiss functional integrity. Don’t ask, just read.

Welcome to Burning Man introducing the journey of a Burning Bubble!

Created 31 years ago, the music and artistic festival intermingles electronic music with flabbergasting art pieces, live shows and meditation retreats. From sunrise to sunset with no intermission, 67’000 human beings ride their bikes on what is called the playa to find their inner souls and lose their selves. An ephemeral city built by volunteers and burnt after 7 days following the « Leave No Trace » principle. Because sharing is caring- another BM rule, I will share what it’s like to live in a city stripped off any society rules we have been brought and accustomed to in a timely manner… Literally.

Considering the 42°C outside temperature during the day, and 5°C at night, outfits can’t be left aside and accessories bring one’s style to an upper level. As a matter of fact, what better watch than a Corum Bubble would do the job? Leaving the fact that its case is round and its openwork leaf type hands enable to easily read the time, the Bubble is like no other playa accessory.

Adorning my wrists with timepieces that looked more like fun art pieces than technical watches consequently led to stories I could not possibly make up.

For starters, the 52-Stop Bubble dial showcases the original Stop sign design similar to those you see on construction sites. There, transformed into a dial, the four white letters translated a love message on the playa dust. “Stop for a second and spread love,” said a man dressed with leopard boxers and bunny ears geared up with LEDs, “and don’t forget my free hug”. Then, he stared at me and asked if he could be my Jon Snow. I must admit that I did not know then what the hell was he talking about. Snow? I recall, in the desert? Really dude… Be a little more creative I thought to myself before my inner Ygrid awoken.

Speaking of creativity, introduced earlier this year, the Big Bubble Anima was imagined by Italian artist Matteo Ceccarini who built his reputation as a DJ, music producer and sound designer. If Burning Man were a commercial event, it would be perfect for him to indulge a little self-promotion. Mi dispiace Matteo, I shamelessly stole your move – and technically your watch to pass the insecurity checkpoint when boarding on the Converted Boeing 747 that has finally landed on the playa after several attempts.

The appointed steward spotted the big eye on my wrist while I was patiently waiting for my turn to be “checked”. He walked to me and said that if I wanted to skip the line I had to give him a solid explanation on how spirited could I be knowing the real time in a place that did not have any. I answered that I was not wearing a watch but a living piece of art named Anima.

I continued, “in Latin, the word Anima means the ‘soul’ and since eyes are the mirror of the soul I advise you not to stare at my wrist for too long … you might be discovering what your inner soul has to say”.

That day, I realized that Frequent flyer cards were over-rated.- 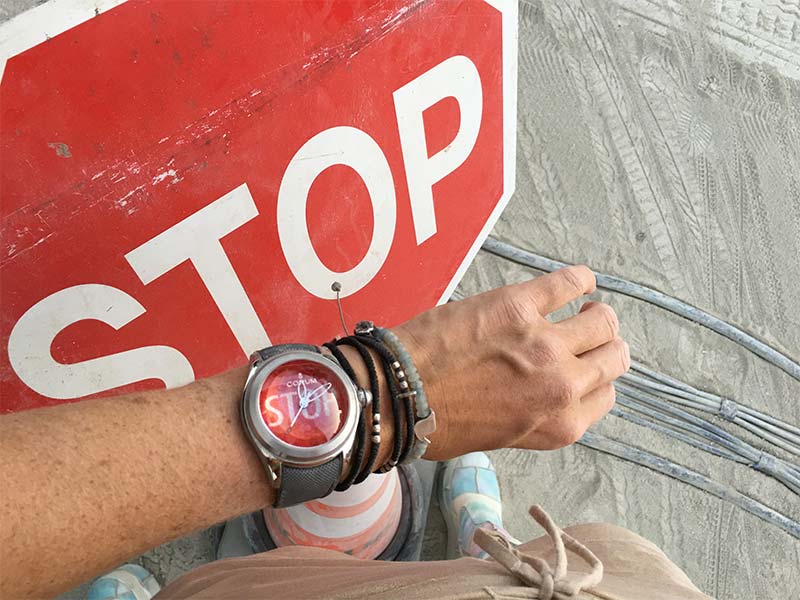 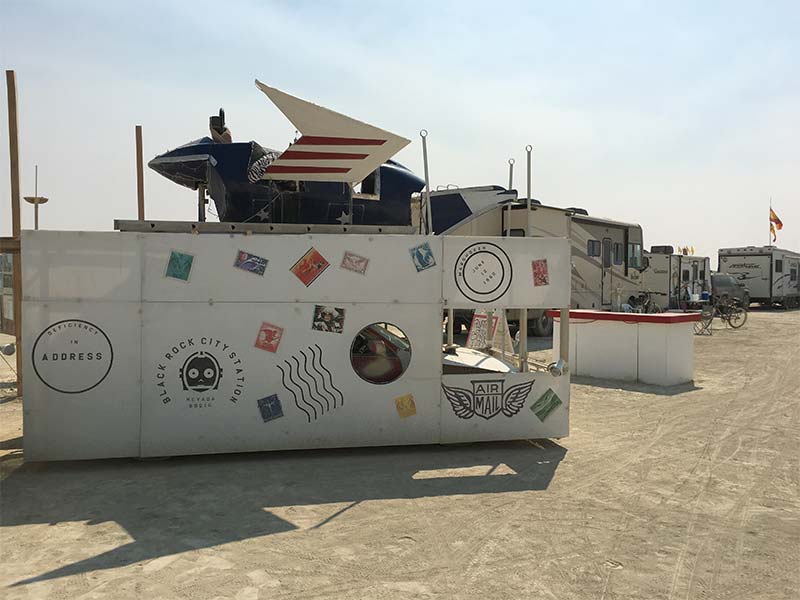 Burning man – Post office to send postcard from the other side 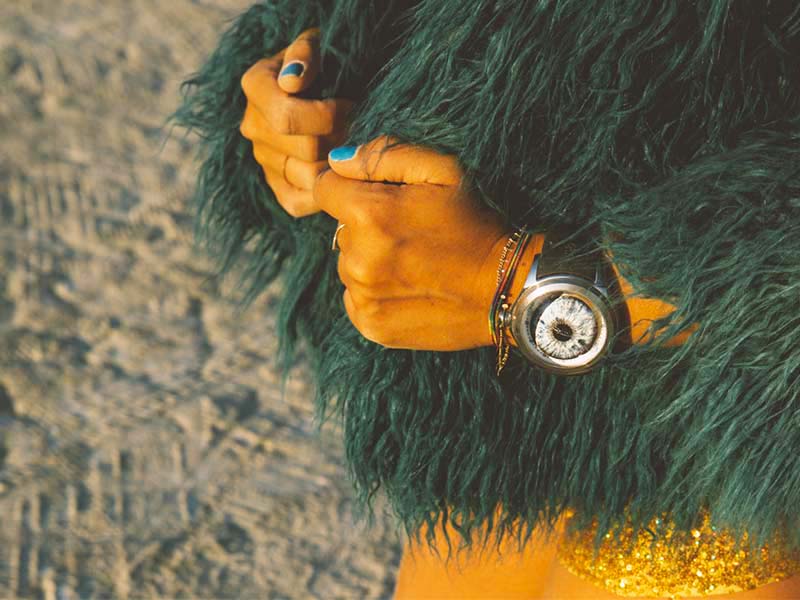 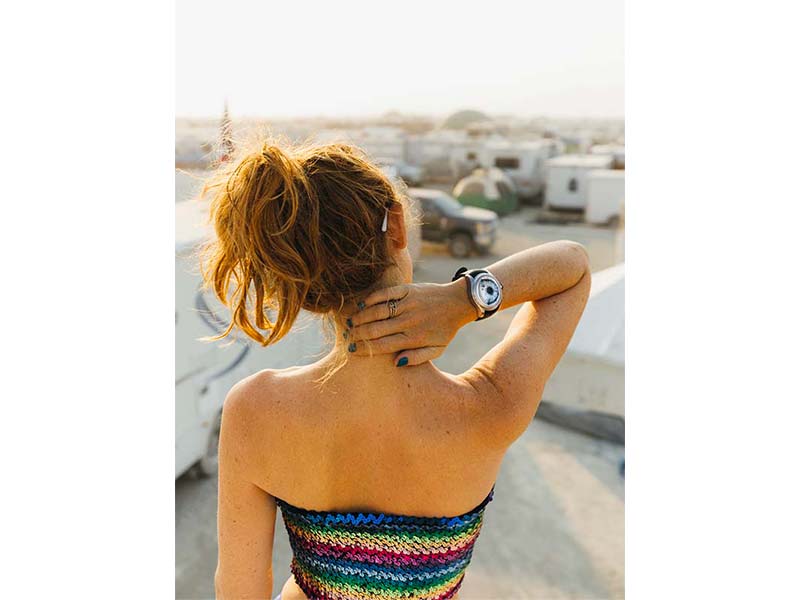