Not only 99% of women have no idea what or who Urwerk is… but the remaining percent should be glad to discover that for the first time the Geneva-based watch brand has made a timepiece for woman named after the UR-106 Lotus.

The first female watch under the Urwerk name embodies the brand’s complex creativity and avant-garde style.

Upon debuting the first of what is expected to be a series of more streamlines pieces, Geneva-based contemporary mechanical watchmaker Urwerk has again pushed the boundaries of modern watchmaking with its first-ever female model UR-106 Lotus. Announced in to limited edition versions it was a long overdue move into the world of feminine accessories for the brand that is known for its futuristic designs and superior engineering expertise.

It could be said with certainty that the new UR-106 Lotus fills a segment in the luxury watch market by bringing together the brand’s core designs with a more austere aesthetic that will also appeal to female clients. Smaller detailing and more graceful lines soften the mechanical layout of the model and make it more wearable and appealing.

Having said all that, Urwerk’s first woman version of their famous watches does not stray too far from the original concept and design specifics featuring the brand’s signature with the satellite hours.

The Lady Urwerk is 35mm wide, 49.4mm tall, and 14.45mm thick… notably smaller than the rest of the brand’s pieces, but the dial and case follow the same structural aesthetic. There is an eye-catching alteration of the lines of the case, which are curvier and more feminine to offset the austere look of the titanium it’s made of. The dial, however, has retained its typical layout – with satellite arrows indicting the hours and a linear scale for the minutes. Three of the satellite hours bear the shape of a flower, which adds a note of delicate grace in the heart of this mechanical construction.

A striking feature is the moon phase – made entirely of lapis lazuli – accentuates the complex design of the UR-106 Lotus, turning it into something more than a simple timepiece. It is symmetrical with the dial itself, which makes for a clean, modern look. 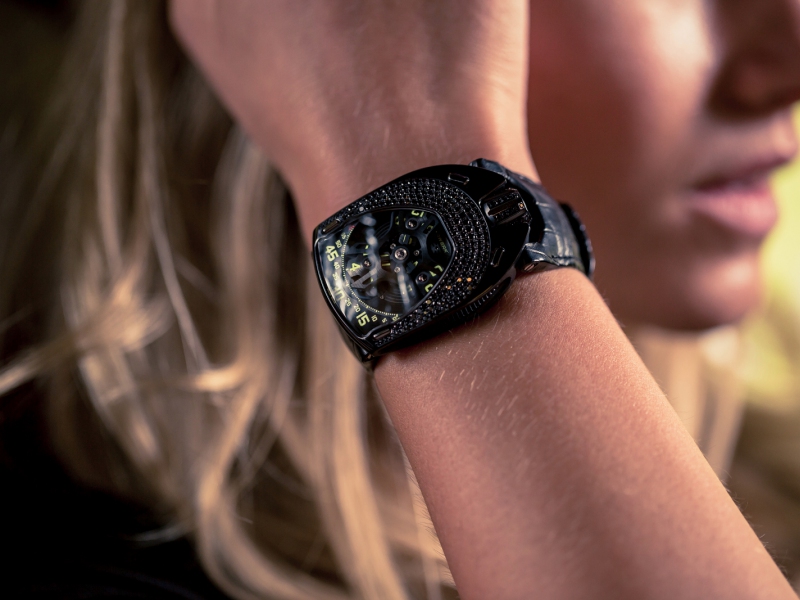 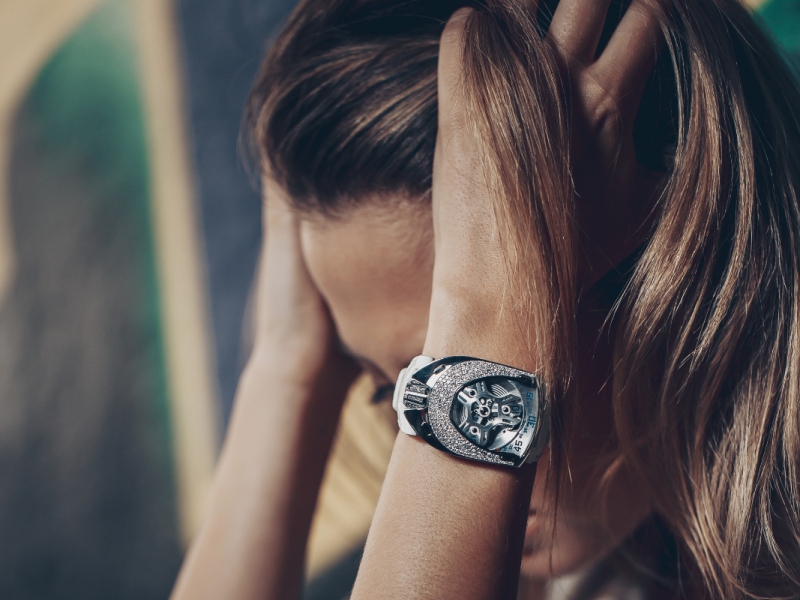 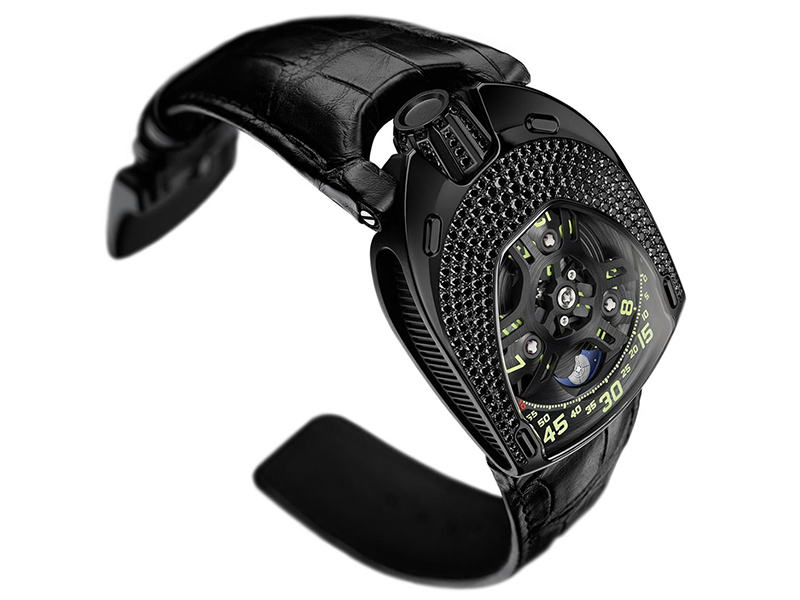 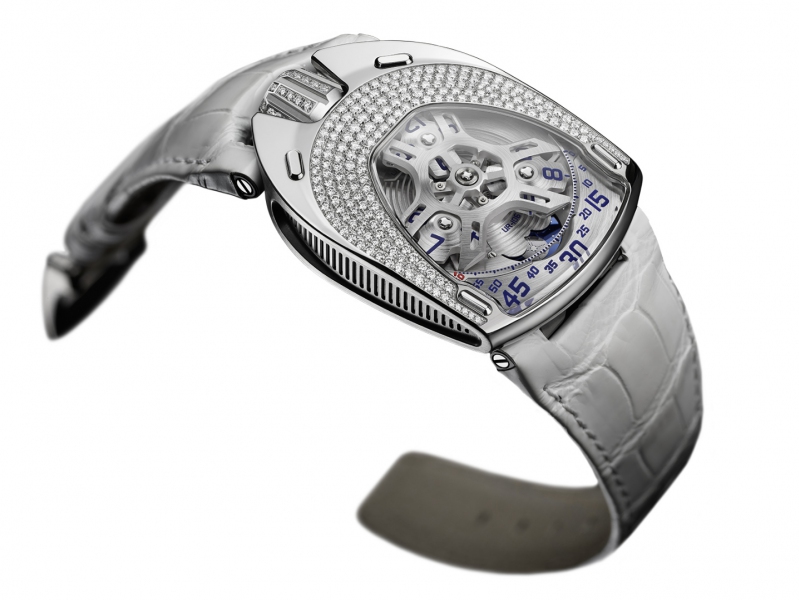 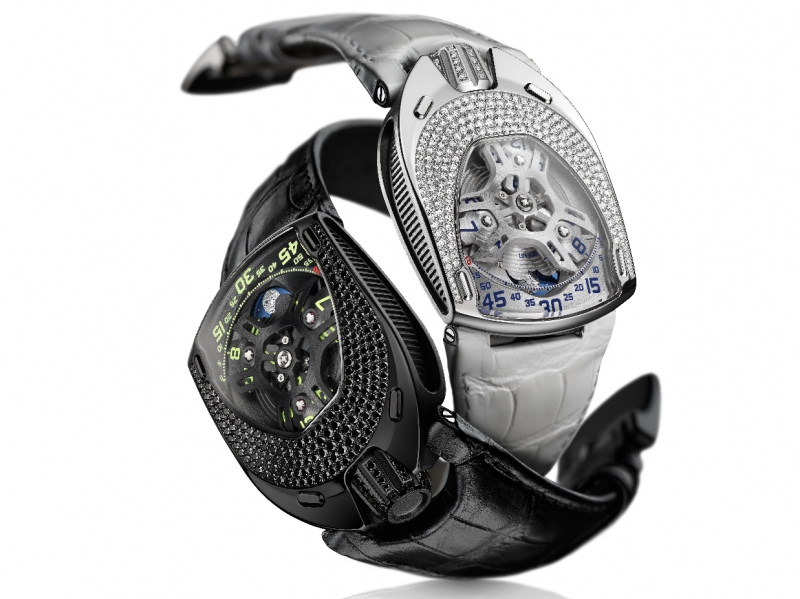 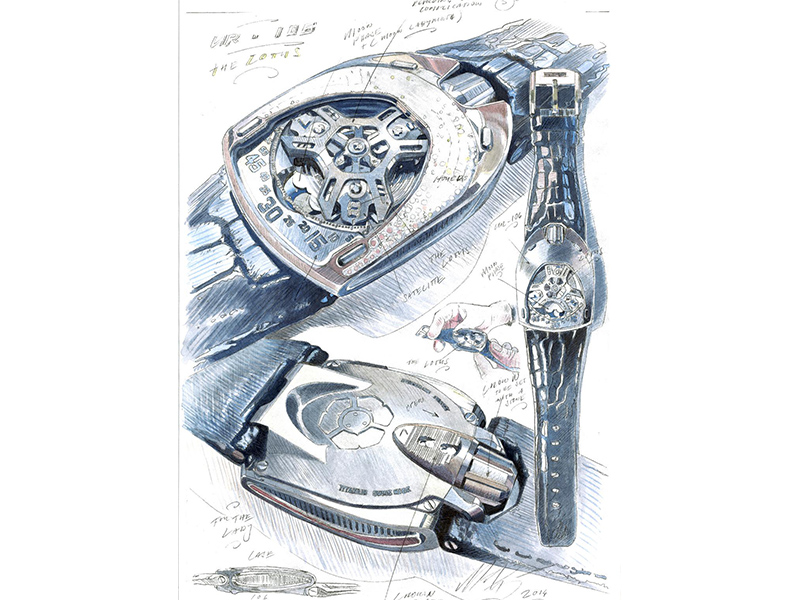 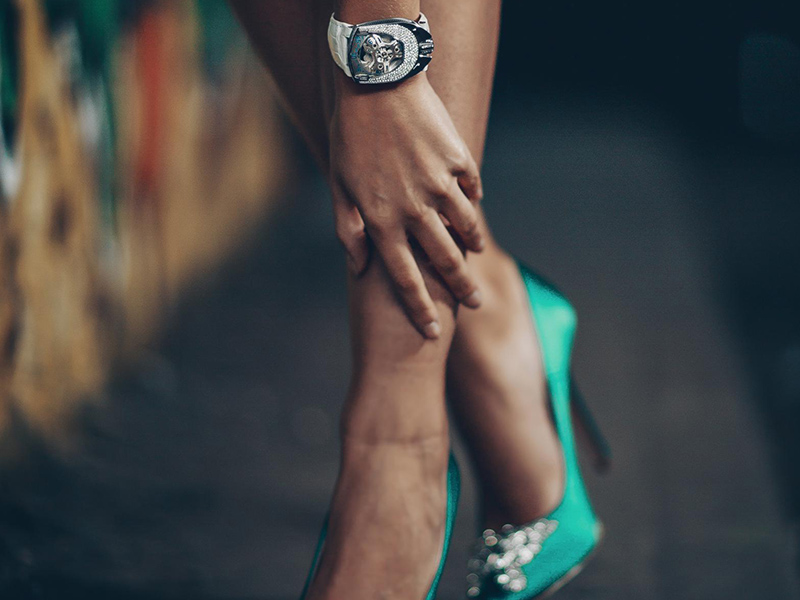 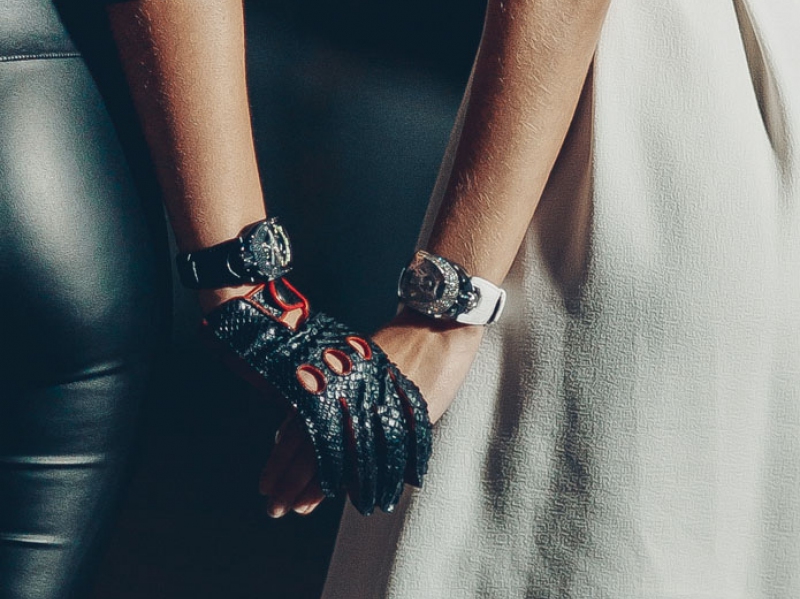 Good and Evil, Dark or Light, Black or White … The Lotus comes in two versions. The Black version comes with a PVD-black steel and titanium case paved with black diamonds on the bezel, crown, and buckle.

The White version comes with a titanium case set with white diamonds on the upper case and on the crown. The UR-106 Lotus is a limited edition of 11 pieces each ensuring the exclusivity of the model.

While critiques have already pointed out that the new UR-106 Lotus is not amongst the most flatteringly feminine watches to be found, there is a certain rugged charm to it that transcends gender stereotyping and bridges the gap between aggressive masculine form and delicate feminine allure… A daring watch for a daring woman who knows what she is talking about, or a simple excuse to wear an Urwerk made just for her and not just borrowed from a man’s wrist.

It is a timepiece with strong presence and spirit that appeals with its qualities first and then with its non-traditional industrial design – something typically true for male accessories. Undeniable, it is a breath of fresh air to witness the concept translated into the female world of high-end fashion as it offers a much-needed alternative to an overly-saturated market of flamboyant pieces.

The first step on their corporate path to celebrate women has led Urwerk down a road of successful experimentation with the end result being surprisingly refreshing and universally appealing. Only time will tell if the brand can withhold the newly-acquired position and continue to globally redefine the strict gender boundaries for a more varied and creative market.

And for the record … Felix Baumgartner, co-founder of the brand admitted that the first piece ever created was for women … although they never put it into production!